According to ESPN's latest report, the second day of VALORANT's e-sport tournament started with a surprise. Team Dev, which is the heavily favored one, lost against Team Canyon with a score of 4-13.

After winning against Team Dev, they faced Team Llama to determine which of them would advance out of Group B. Although the outcome of the game didn't favor Team Canyon, they have won enough rounds to advance to the round differential against the favorite, Team Dev. 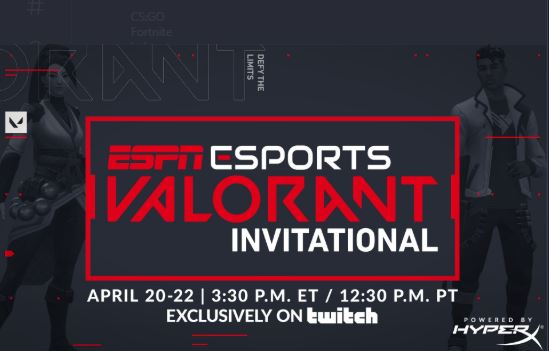 Here is each round explained:

Team Dev dominated the first round by rotating to A site after a few kills in mid and then cleaning out the remaining members of Team Canyon on site A. Round 2 is still a win for Team Dev as they made another late rotation on-site A surprising the enemy team.

Round 3 was snatched by Team Canyon after they surprisingly took out Salvatore "Volcano" Garozzo. Round 4 was another win for Team Canyon tying the game at 2-2 after Timothy "sYnceD" Putrow took out 4K. Round 5 gave the Team Canyon the lead after Coby "Dizzy" Meadows and Brandon "Aceu" Winn diffused the bomb by going through the Viper's Pit.

Round 6 was taken by Team Canyon after the kill trades across the map made Team Dev unable to plant the spike before time ran out. Round 7 and Round 8 were taken again by Team Canyon, although Team Dev made their rotation tactic on Round 8. Round 10 and 11 were won by Team Dev after sYnceD made another strong round, although Nick "Nickwu" Wu was taken out by Dizzy in Round 11. Dev managed to rotate from mid to B Site.

The last round of the first half (Round 12) was a win for Canyon, although Nickwi 3K managed to kill the "Operator." Round 13 is the first-offensive performance of Team Canyon which they won despite the strong scouting-tactics from the Devs.

Team Canyon delayed the rush of Team Dev towards the A site. Round 15 was a garage setup from Canyon, but the Devs came out victorious thanks to a nice play from NTT. Round 16 ended in a 1v1 matchup against Nickwu and Justin "Kellar" Kellar after the kill trades. Kellar managed to give his team the win. Round 17 showed how Team Canyon coordinated their members, making great moments to win the round.

The kill-death ratio of each member of the victorious team has a large impact when it comes to their overall performance in the tournament. According to the report of Red Bull, the kill-death ratio plays an important role in VALORANT.

Top 5 tips on how to improve your kill-death ratio

1. Learn from the professionals.

Spending a large amount of your time playing the game will help you practice your skills. However, it is also important to observe how international players and other professionals play the game.

This is one of the important things to practice before jumping into the game. Warming up in the Practice Range in VALORANT will help you practice your aiming skills and also build your muscle memory.

There are different kinds of weapons in VALORANT, and each one has a unique spraying pattern and different recoil. Take time to familiarize yourself with each to learn how to use them effectively.

4. Find a crosshair and customize your settings that will best suit you.

5. Know what every agent does.

This is one of the basic things a new player of VALORANT should start with. Knowing the damage of Raze's Grenade or the sound that an Omen's Ultimate creates will allow you to prepare when it comes to avoiding death, as well as making outplays that will surprise your enemy.

Also Read: Thinking of Your Next Video Game Purchase? Here are the Best Upcoming Games for 2020

ⓒ 2021 TECHTIMES.com All rights reserved. Do not reproduce without permission.
Tags: VALORANT Rounds Hacks
Most Popular