Playing mobile games on a PC has its own advantages. Gamers can now seamlessly play their favourite Android games on a large screen and they can get better control over the game by using the keyboard and mouse, not limiting to these facts there are countless advantages on using an Android emulator on PC like better graphics optimization, multiplayer, operation recording, etc. 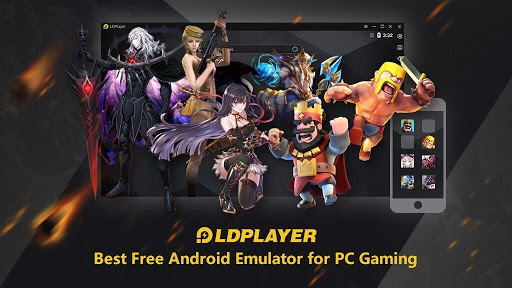 A gamer must be careful when installing an Android emulator because some emulators are full of advertisements, scams and some can even lower the PC's performance by not managing system resources such as the RAM and the processor efficiently. Some emulators will install third-party applications on the system too.

The other things that a gamer must look into when choosing an emulator to Windows 10 are the inbuilt features and compatibility. The Android emulator must have neat features to better enhance the gaming experience like the ability to install external APKs, key mapping, operation recording, and the emulator must be fully compatible with Windows 10 to avoid any bugs or crashes.

Considering all of the above facts the choice of the best Android emulator for PC gaming on Windows 10 is LDPlayer. LDPlayer is one of the best Android emulators for Windows 10 that is specifically designed for gamers in the market. It is recommended by gamers worldwide because when compared with other Android Emulators in the market LDPlayer has some neat functionalities that come handy while playing games and it is fully compatible with Windows 10. LDPlayer performs in the top for the best speed, reliability, ease of use, graphics and performance. 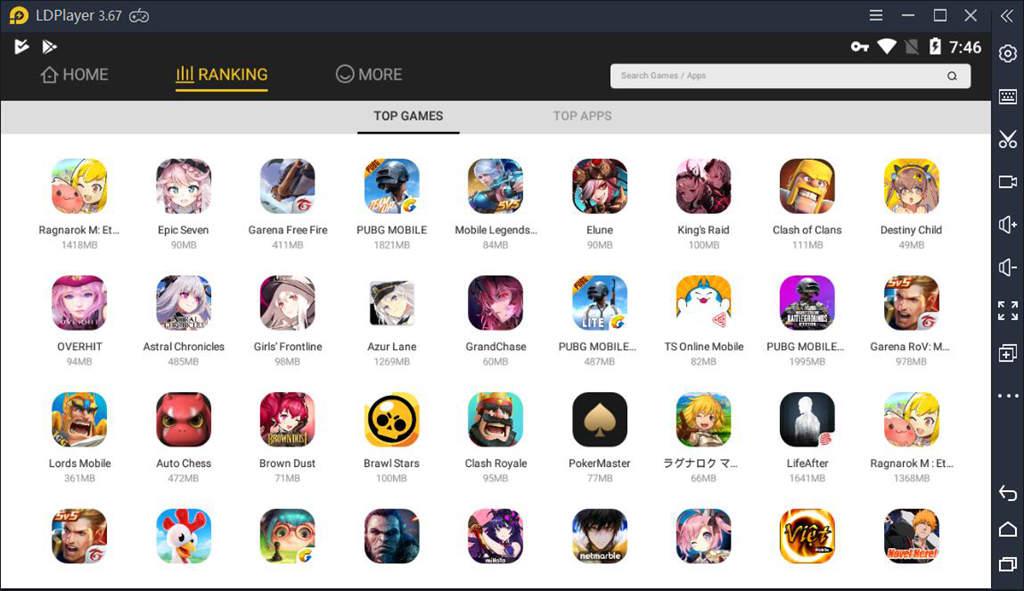 LDPlayer is one of the most recommended Android emulators for Windows 10 due to many reasons. These reasons mainly being the presence of some unique functionalities that are not available on other emulators in the market or the features are not fully compatible with Windows 10. Some of these features are key mapping, Multi-Instance, operation recording, gamepad compatibility, external APK installation, etc.

The other main thing that makes LDPlayer standout from the rest is it's ease of use. LDPlayer has a simple yet innovative user interface which enables the gamers to focus more on gaming rather than putting time into learning the emulator. The installation process of this emulator is fairly easy when compared to other emulators, the process just takes minutes and you can straightway start LDPlayer from your PC's start menu.

LDPlayer runs almost all of the games and applications that are on the Google Play Store on your PC, it is the most recommended way of running high-end mobile games on PC without harming the system.

This player is most suited for playing Android games but it's okay for other purposes as well, such as running mobile only social media applications like Instagram on PC.

One of the most interesting features of LDPlayer which most of the other Android emulators in the market lacks is Multi-Instance. A similar version of Multi-Instance is available on Windows 10 too, this feature allows the user to have multiple game accounts run simultaneously in the screen, in fact, LDPlayer does not limit the number of instances that can be run at a time, you can run an unlimited number of applications/games simultaneously if your PC is powerful enough. 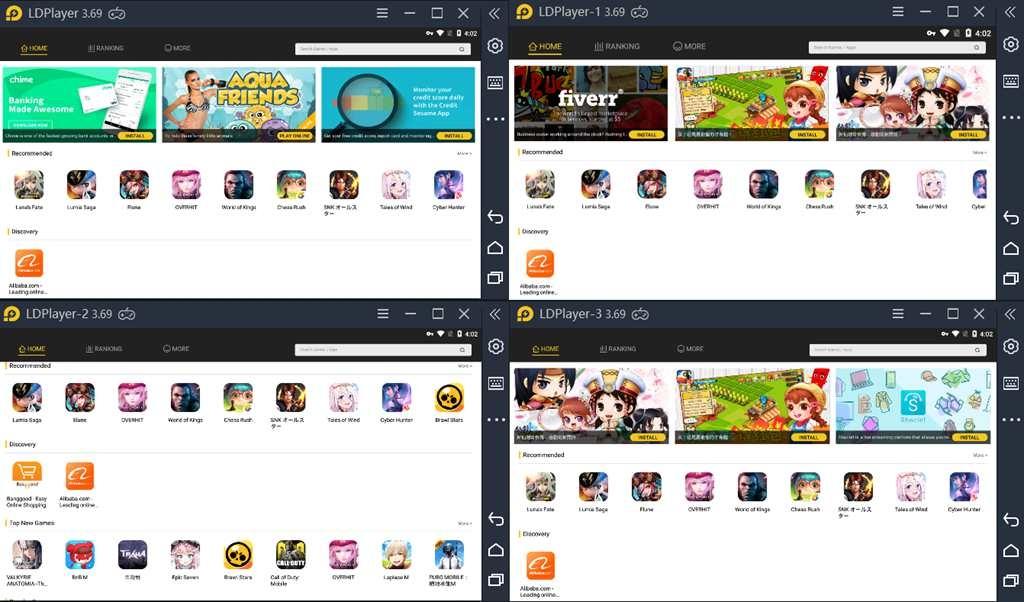 The latest version of LDPlayer runs on Android version 7.1.2 which means that LDPlayer provides high compatibility for gamers who play various graphics-intensive games such as PUBG Mobile, War of the Visions: FFBE, Call of Duty: Mobile, Asphalt 8 Airborne, etc.

Furthermore, LDPlayer which is compatible with Windows 10 graphics drivers can give gamers with exceptionally better frame rates on games such as PUBG which will be sure to increase a gamer's competitive advantage over conventional mobile gamers.

Unlike other Android emulators, LDPlayer has given its users the option of choosing a 64-bit version of the Android emulator to download. The 64-bit version of the emulator supports both 32-bit games and 64bit games, this version works exceptionally well on systems that run Windows 10. LDPlayer can perform to its max by using the PC's CPU (Central Processing Unit), GPU (Graphics Processing Unit) and RAM (Random Access Memory).

There are some other interesting features that LDPlayer has like Operation Recording which enables the player to record his/her each and every move. Which can be used to create gaming content. The other feature of LDPlayer is that this Android emulator has a key mapping tool. Keyboard Mapping is a tool that can set a mapping of keys on the keyboard to command actions on games that run on LDPlayer. 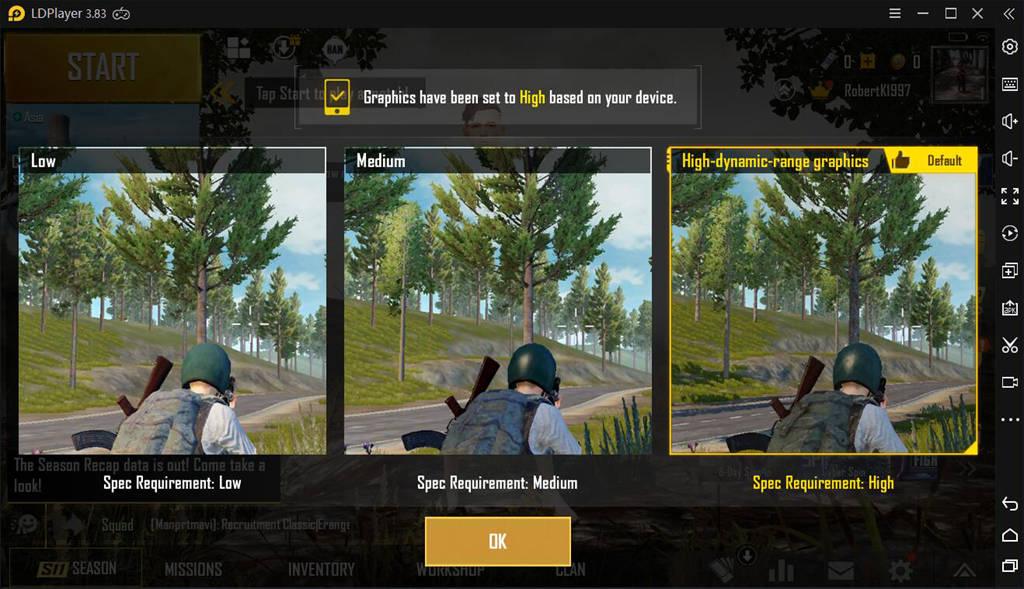 The emulator has some predefined key mappings but using the tool the user will be able to set the most suitable keyboard controls for his/her personal preferences. This can be beneficial for players who use "combo" actions on games. While most of the other Android emulators support only keyboard and mouse LDPlayer can support gamepads and any other gaming accessories as well with the help of Windows 10's high USB compatibility drivers.

LDPlayer enables its users to install and run external APKs on the emulator. These APKs are downloaded externally, which means that the user can play games or apps that are not on Play Store. Older versions of games can be downloaded from external websites.

Windows 10 is the best operating system developed by Microsoft yet. Why compromise the endless possibilities and advantages of running an Android emulator on a PC by installing an incompatible and less powerful one rather than using feature-rich LDPlayer.

LDPlayer is one of the best free Android emulators for PCs in the market which is fully compatible with Windows 10. It has a large feature base and will be sure to provide the best gameplay possible. LDPlayer has a limited number of ads compared to other emulators in the market so you don't have to worry about annoying ads popping up during gameplay. Unlike other emulators, LDPlayer is tailor-made for gamers and supports a variety of games and applications.

So, if you're looking for the best Android emulator to play Android games on a Windows 10 PC without any problems, why not install the latest version of LDPlayer which can be downloaded free of charge, happy gaming!