World of Warcraft: Shadowlands' Expansion Lets You Choose Its Next Mount; Here are Five Possible Creatures You Can Ride

World of Warcraft: Shadowlands will give you the chance to choose your next ancient ride after the next expansion is released on Oct. 27. The game's ride is called "Mount," which serves as players' transport in Azeroth's massive world. 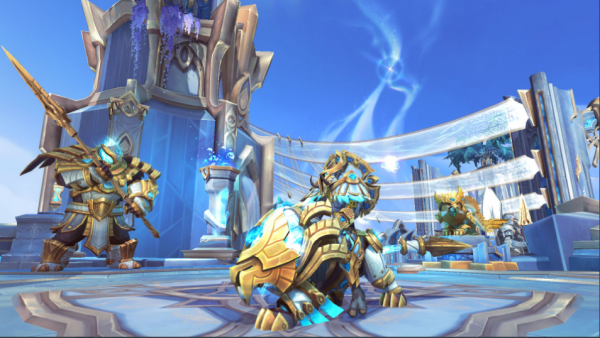 (Photo : Screenshot from Twitter post of @itsNobbie)
WoW: Shadowlands Players Can Choose Game's Next Ancient Ride; Here Are Five Concepts for Next Mount

Some players collect many Mounts as possible, while others are dying to have super rare ones. Blizzard will hype these ancient creatures more since it will add a new mount to the game in Q1 2021.

The game's developer involves players by letting them choose which one of the five concepts they could be taking on. Blizzard's art team's design for the next Mount is not yet finalized. 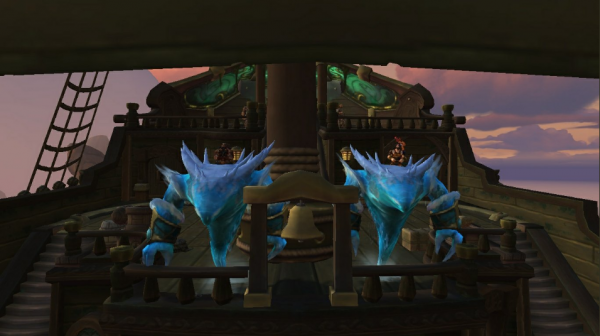 (Photo : Screenshot from Twitter post of @brunwar)
WoW: Shadowlands Players Can Choose Game's Next Ancient Ride; Here Are Five Concepts for Next Mount

After some weeks of griding, finally me and my friend got Jaina's mount before Shadowlands.

Also Read: [Warning] This Android Emulator with Chinese Text Can Turn Your Phone into a Nintendo Switch for Free: But at What Cost?

The Mount's design, which has the most votes internationally, will be added to the game in the upcoming path. If you don't think you're going to have enough gold to buy it, you can always buy WoW gold to secure your chances of getting one. Here are the five concepts you can choose from Nerubian Swarmer

These creatures, which are controlled by the Lich King, came from the Helm of Domination. The Nerubian Smarmers were unleashed after the magical helm was destroyed. The Argent Crusade captured some of them and turned them into their allies. They are now used as mounts to move through Icecrown's frozen tundra to attack the rampaging undead.

If you're a cat lover, you'll surely love this one. However, this one came from the slime pools of Plaguefall, meaning that this will be a "gooey" kitty. You might want to wear gloves when riding this slimy saber cat since it is dripping with ooze.

This insect became a humongous caterpillar after it munched the oversized vegetables in the Heartland's Valley of the Four Winds. The next morning, people of the Pandaren of Halfhill found an enormous, slumbering caterpillar among the half-eaten crops. Since it is too large to become a butterfly, this friendly worm can be trained as a Mount.

This large and leafy ancient creature loves to travel the world. Players can climb aboard and grab ahold of its branches and enjoy the slow journey.

This oversized flying book came from the forgotten depths of the Dalaran library. You can enjoy a magical expedition by opening the pages of this arcane-infused book.