Intel shared a tiny small satellite packed with Movidius Myriad 2 Vision Processing Unit (VPU) was launched on September 2  into the orbit from French Guiana.  The VPU is the same technology found in some consumer devices such as selfie drones and smart cameras.

On board the PhiSat-1 is a new hyperspectral-thermal camera, which is powered by Intel's Myriad 2 VPU. PhiSat-1 was included in Arianspace's first rideshare mission, which aims to show off its ability to launch services for smaller payloads offered to startups at cheaper cost. 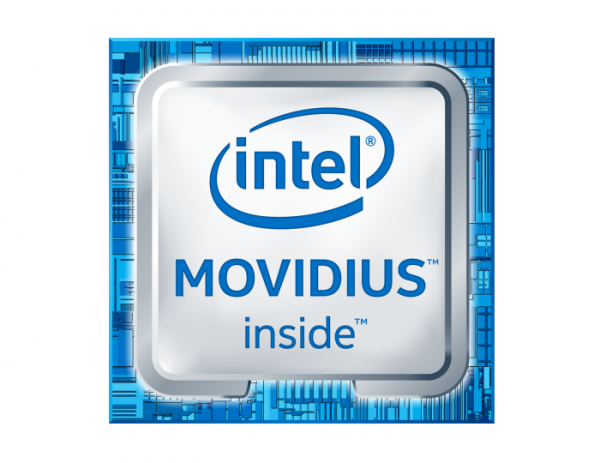 This marked the Myriad 2 VPU's first trip to space. Researchers could save much time and satellite downlink bandwidth as it could handle huge amounts of local data.

Startup Ubotica created the AI software, which runs on the Intel Myriad 2 aboard the PhiSat-1. It worked with Sinergise's geographic information systems and the University of Pisa as well as with cosine, which built the hyperspectral camera to configure it to work even with the excessive radiation exposure.

Ubotica chief technology officer Aubrey Dunne thanked Intel for assisting them throughout the process.  "Intel has given us background support on the Myriad device when we've needed it, to enable PhiSat-1's AI using our CVAI Technology," Dunne said. 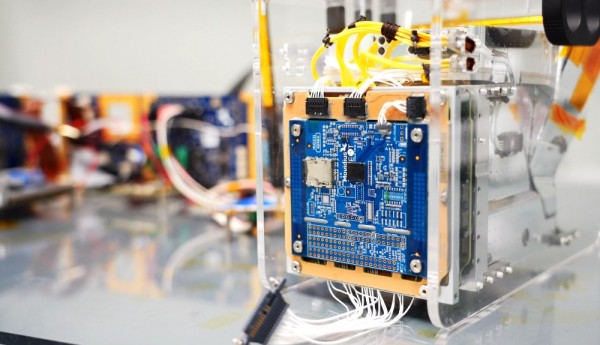 (Photo : Intel)
The new hyperspectral-thermal camera on board the PhiSat-1 (Screenshot)

Specifically, the machine learning on the PhiSat-1 will handle the automatic cloud cover identification. These are images of the Earth that are obscured according to the data being analyzed by scientists and those they really want to see.

By removing these obscured images before they are transmitted back to Earth would mean the satellite can save up to 30% of the bandwidth while more useful data will be transmitted to Earth. Since the bandwidth is highly limited and takes time to deliver, having the local AI to do the initial analysis while in satellites on orbit makes a lot of sense.

Intel Movidius Myriad 2 is not designed for orbit

Just like all Earthly companies handle data processing and analytics on site, the benefits of this process is vastly expanded considering the quality of connections and inaccessibility of network in space. The PhiSat-1 satellite is now about 329 miles far while it orbits at 17,000 mph.

However, the Intel Movidius Myriad 2 was not intended for orbit. This  fact makes the chips sort of inferior to spacecraft computers that use highly-specialized "radiation-hardened chips" that can last for about two decades using commercial technology. However, none of these chips had AI capabilities. 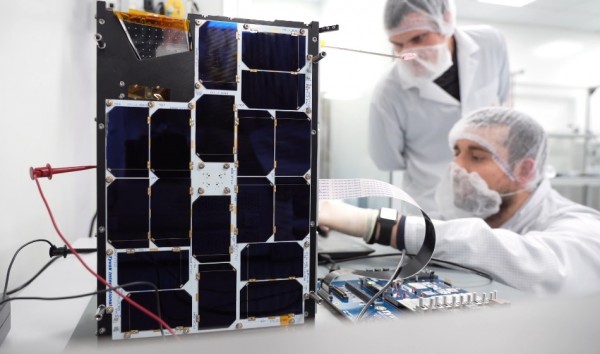 (Photo : Intel)
The new hyperspectral-thermal camera on board the PhiSat-1 (Screenshot)

Thus, the Ubotica team put the Myriad chip on series of tests "radiation characterization" to find out the hardware's wear-and-tear and how to handle errors that may arise. This took them four months to finish. Then, after undergoing testing at CERN, the hardware itself does not need modification to meet the standards that the mission requires.

Meanwhile, AI algorithms need to be trained using huge quantities of data. However, since the camera was so new, Ubotica has no data to work with, so they relied on synthetic data from existing missions to train the algorithm.

"Rather than having dedicated hardware in a satellite that does one thing, it's possible to switch networks in and out," Intel Movidius technology office head Jonathan Byrne said.

Ubotica are assuming the camera can be used to watch over wildfire-prone areas to spot any fire and notify responders within minutes, which currently takes hours to do. It can also analyze the soil moisture and growth of crops on farms and forests, locate environmental accidents or rogue ships o oceans as well as monitor climate change with the ice thickness and melting ponds.

Meanwhile, Ubotica and ESA are currently working on launching PhiSat-2 also with Myriad 2 into orbit in the future.