When the topic of projectors is being brought up, one automatically imagines a massive gadget. But now that times are changing, projectors have come down in size, it became small enough to take with you in your bag or maybe put inside your pocket and carry around with you.

When you switch one of these projectors to Bluetooth mode, it can operate as a speaker and it can also play music from a Bluetooth-enabled device, like your computer or phone. This feature will come really handy during a presentation. 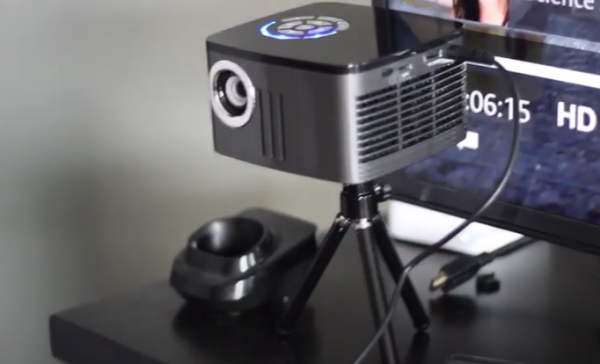 The AAXA P7 Mini HD Projector is one of the smallest projectors in the market. It has a 1080p or 1,920 by 1,080 native resolution. The lens is in the upper left corner of the projector's front and it supports the keystone correction.

The focus ring of the projector is on the side, behind its lens. You can easily do a sharp focus thanks to the ring.

The onboard audio is not the greatest feature of the projector. It is best to connect the projector to a separate audio output, particularly in massive rooms or when the sound is essential to the viewing experience or else the audio would be muffled. 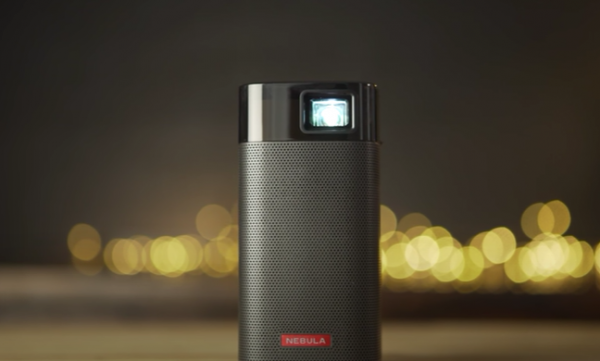 The Anker Nebula Apollo projector measures around 2.56 x 2.56 x 5.1-inches with a great rounded design. It has an IR receiver, a Bluetooth mode button and the power button located on the side. On the bottom part is the HDMI port, the USB port and the power input.

The projector makes navigating very easy thanks to its smart features. As a smart Wi-Fi projector, the Apollo can connect to wireless network and it uses Android 7.1 to install apps and to watch video content.

One issue is that the projector has a lack of audio out feature. But if you can connect a Bluetooth speaker to it, it will work perfectly. 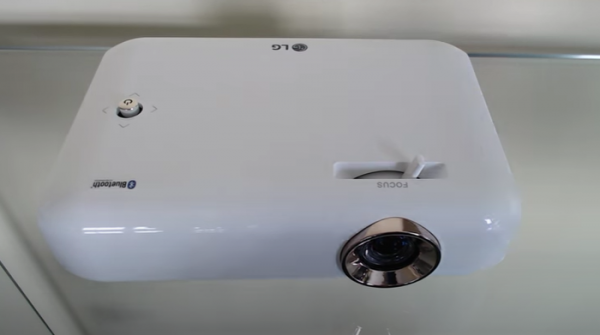 The LG Minibeam LED Projector is a 720p resolution projector that makes few compromises. It has a full set of features, from cable TV to Bluetooth, so you can use it with ease.

The projector has an incredible amount of ports and connections. It has a Bluetooth option and a headphone jack for external audio. It is also fairly small, measuring only 1:4:1 in ratio. It is also pretty bright considering its size.

The issue with the projector is that it is not 1080p resolution, it does not have the best audio chip and it would be better if it has an SD card reader slot. 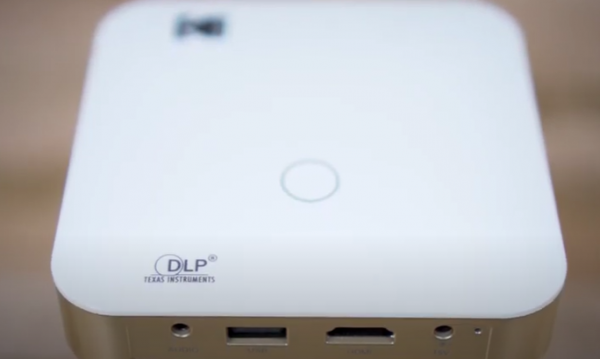 The Kodak Luma 350 Portable Smart Projector is the flagship of the company's Luma line of projectors. It is brighter than the Kodak Luma 150 unit, but what makes it different from the Luma 150 and the Luma 75 is its integration of the Android 6 operating system, as it lets you install and run Android apps.

What makes this projector stand out is that its Android 6 OS lets you download and run apps. It is lightweight and can be brought anywhere. It includes a remote control, it has a built-in battery and it projects a decent-size image for its brightness. It also has an above-par photo quality.

This project has its own issues, the video quality is not sub-par with the other projectors in the market. It has only a one-year warranty and the controls on the projector are limited. 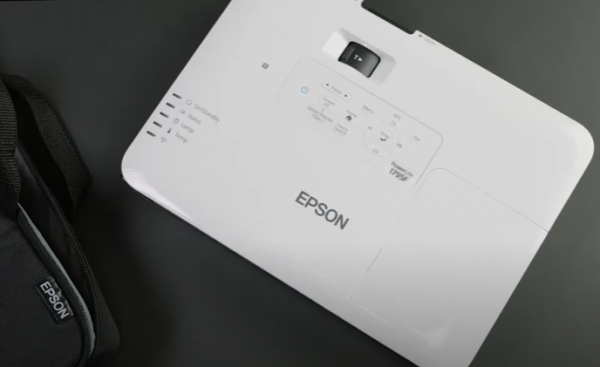 The Epson PowerLite 1795F Wireless Projector is a portable projector that measure 1.7 by 11.7 by 8.5 inches, it is thin and it only weighs around 4 pounds.

On top of the projector is a zoom wheel and the focus arrows, it also has a four-way controller: Home, Esc and Menu buttons, and there are other controls that are also found on the wireless remote that comes with the projector.

The projector's ports include composite video, a VGA port that double as component video, a USB Type-B port, a UBS Type-A port, an audio-in and an HDMI.

The main issue is that the audio of this projector is not that good. The projector also requires an app for connectivity, and the gesture mode looks more like a gimmick than an actual feature that can help users in controlling the projector.

Due to the coronavirus pandemic, most of the people were required to work from home and to use nothing but their computers or laptops. But now that the world is slowly going back to normal, it is best to make sure that your tech is ready enough to be brought outside.

Whether you travel for business who needs to make numerous presentations at different venues or if you wish to share movies and photos with your family and friends in person, portable projectors will make all of these possible for you.

Just make sure that you pick one that is made for the images that you are projecting and the area that you will be in.

The best projectors to get are lightweight, with the heaviest weighing more than 2 pounds and the lightest at around 3 ounces. They vary considerably in brightness, size, performance and features. Any one of these could be your next travel companion.

ⓒ 2021 TECHTIMES.com All rights reserved. Do not reproduce without permission.
Tags: portable projectors Projectors
Most Popular