Once a mystery, now a necessity, VPNs are becoming increasingly popular. Whether for unblocking a TV show on Netflix or providing an extra layer of security when using public Wi-Fi, the choice of a VPN is an important decision, regardless if it's meant to be used by an individual user, a household, or a business.

There are a few things to keep in mind when choosing a VPN for New Zealand, like is the VPN based in a country from the Five Eyes, how it protects your data, and is it suitable for unblocking geo-restricted content. Here, you will find a list of the best VPNs for New Zealand offering all this and more.

NordVPN is the fastest VPN service, but that's not the only reason why it keeps topping VPN rankings. In addition to the super-fast connection with no interruption, both on-site and remote, it provides peace of mind to users whose top concern is privacy, as it doesn't collect sensitive user logs.

NordVPN is the best solution for people who often have to rely on public Wi-Fi, thanks to its military-grade encryption and instant kill switch. With over 5,570 servers in 60 countries, including more than 20 in New Zealand, NordVPN is excellent for gaming and unblocking libraries at streaming sites as it doesn't affect ping and download times.

ExpressVPN is one of the fastest, safest, and most reliable VPNs. The VPN service is suitable for New Zealand users as it's based in the British Virgin Islands. It is an excellent choice for clients who will be using a VPN service for the first time, thanks to its easy-to-use platform. However, it has advanced features that make it a popular choice for technology enthusiasts and computer geeks.

ExpressVPN's service can be tailored by enabling split-tunneling. It also makes it possible to access content even on platforms that don't support VPNs, and it's the best VPN for breaking geoblocks. ExpressVPN offers DNS leak protection and doesn't keep logs, so your location and IP address remain undisclosed, and your data won't be collected. In their article for the best VPNs in New Zealand, VPNetic has rated it as their first choice for its device compatibility and 24/7 customer support.

CyberGhost is another VPN that doesn't keep logs, making it a good choice for New Zealand users, where it already enjoys a solid local performance. It is one of the best all-around VPN services and has some of the most advanced features.

With 6,800 fast and reliable servers across 90 countries, including 13 in New Zealand, speed is not an issue. Thanks to their no-tracking policy and AES 256-BIT encryption with a 2048-BIT RSA key, your information is protected. CyberGhost offers ad-blocking and malware protection.

Perhaps one of the most stand-out features of Surfshark is the fact that it offers unlimited connections, making it the go-to choice of multi-device households. However, this unlimited internet is not a trade-off for quality service. This VPN service packs an impressive number of features, including split tunneling, double encryption, and kill switch protection.

Thanks to the CleanWeb feature, ad blocking, and malware prevention is also ensured. Surfshark has more than 3,200 servers in 65 countries, and their speeds and unblocking potential guarantee fast and steady speeds when accessing different streaming platforms.

As Securifer points out, the free version of ProtonVPN is the best free VPN service for New Zealand users. Although there are only one connection and a limited choice of three servers in the free mode, it still offers unlimited bandwidth without ads. However, the free version doesn't provide access to geo-restricted content.

When using the paid service of ProtonVPN, you can connect up to ten devices to one account and unblock geo-restricted content from websites and streaming platforms. The VPN has 1,241 servers in 55 countries and offers DNS leak prevention, kill switch, AES-256 encryption, and a Secure Core feature to direct traffic through countries protected by strong privacy laws.

SaferVPN offers a good suite of features at a competitive price range for its long-term plans. The VPN service has more than 1,300 servers in over 50 countries, has a no-log policy, and supports multiple protocols.

Although SaferVPN claims to be the fastest, you will find speeds to be more on the average side. It is based in Israel, a country with stringent privacy laws, which protect the data of businesses and individuals from government surveillance. This, together with the company's no-log policy, ensure your privacy while using this VPN service.

PureVPN is based in Hong Kong, outside the 5/9/14-Eyes jurisdiction, and is a popular choice among New Zealand users. It is a feature-packed VPN that offers good value for money. It's a good option for unblocking content on streaming platforms; however, it uses a weaker encryption protocol for its streaming profile, and increasing the encryption will reduce the speed.

PureVPN uses 256-bit encryption and DNS, IPV6, and WebRTC leak protection to safeguard users' sensitive data. The VPN also claims not to be keeping any logs. Its split-tunneling feature lets you customize your internet browsing, and it can bypass China's firewall and VPN blocks.

IPVanish is an affordable VPN that provides a secure environment for everyday internet activity. Its affordable plans, special pricing offers, 7-day free trial, and 30-day money-back guarantee make it a popular choice among first-time New Zealand users. In addition, it's very easy to install and use.

The VPN offers DNS leak prevention and an automatic kill switch. Its speeds are not the fastest you will see around, but there's not much you can do about it as its 256-bit AES encryption can't be altered, which is, in fact, a good thing for inexperienced users as it prevents them from lowering their security settings unknowingly.

PrivateVPN has managed to bounce back despite previous issues and is describing itself as the 'fastest-growing VPN worldwide.' The company is based in Sweden and has 84 servers across 61 countries, so it may not be ideal for users looking for more abundant browsing options.

PrivateVPN is more suited for beginners with its one-click setup for all operating systems and devices and full 30-day money-back guarantee. A definite plus here is that it offers features in all price plans. The VPN provides military-grade encryption to protect users from government surveillance and hacker attacks and does an excellent job of accessing content on the most popular streaming platforms.

HideMyAss can offer consistent speeds, leak-free connection, and great device compatibility. Their app is easy to use, which makes it suitable for first-time users. It also has a business plan if it's necessary to connect multiple devices.

Are you worried about your traffic being revealed? HideMyAss offers premium protection and privacy with 256-bit encryption and PPTP and L2TP/IPSec protocols. What makes this VPN stand out is the massive number of locations, including Africa and the Middle East. It has more than 950 servers in over 190 countries and manages to deliver consistent server speeds. 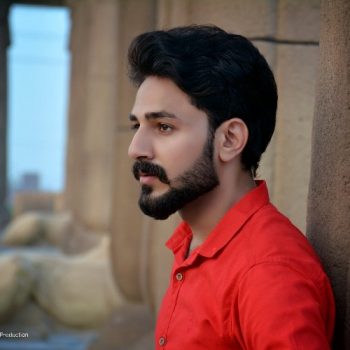 Awais is passionate to write about health, tech , education , finance as well as for business fundamentals & a little bit in igaming industry. He has an experience of 10 years in creating awesome & useful contents to deliver ideas/knowledge to people.