Why Meme Coins are Challenging the Crypto Market: DogeMoon a Case Study 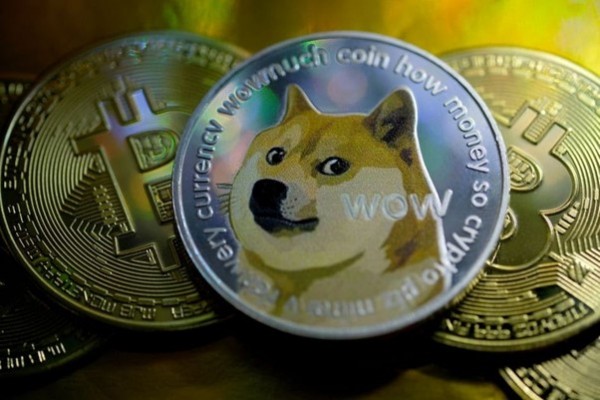 With bitcoin and cryptocurrency market prices soaring above $2 trillion, more investors are gaining confidence in the market. According to a report by Forbes, Mark Cuban who made headlines when he said he'd "rather have bananas than bitcoin," has now changed his tone. His initial view was that crypto was too complicated, but the report revealed his praise for the emerging decentralized finance (DeFi) space.

The goal of DeFi is to create an open-source, permissionless, and transparent financial service ecosystem that is available to just anyone and operates without any central authority. Through the help of DeFi, users maintain control over their assets and can interact within the ecosystem through peer-to-peer (P2P), decentralized applications (dapps). DeFi is largely built on top of the second-largest cryptocurrency after Bitcoin, Ethereum. What this has done is simplify crypto, inspiring confidence and better user experience, leading to a rise in adoption.

Like every money market in the world, the crypto market is largely unpredictable with prices rising and falling, one coin or the other hitting an all-time high and the others struggling to maintain their spot. As more people realize that cryptocurrency is not merely a future to come, but an existing reality, innovation within the market is now the differential.

While Bitcoin has maintained its leadership in the crypto market, meme coins are challenging for the title. Dogecoin is at the top of this list, sitting pretty as one of the top 10 digital currencies in the world. According to a report, Dogecoin has defied all odds to reach well over $40 billion, following a whopping 400% rise in price within the last ten days.

The doge has performed so well that April 20th is now celebrated as dogeday. A Forbes report revealed that the dogecoin price has already hit 15,000% to 40 cents since the bitcoin and crypto massive upward rise began in October 2020. According to the report, April 20 is dogeday because the dogecoin's meme-led community is hoping this year's 4/20 would see it reach the lofty highs of $1.

Why meme coins are challenging the crypto market

Financial News London reports that the momentum behind meme coins first started appearing earlier this month as traders who were eager to find the next big hit after the eagerness around GameStop and other meme stocks faltered, gathered on platforms like Reddit. It is reported that the online discussion forum recently lifted its ban on discussing cryptocurrencies, creating room for massive awareness for meme coins.

Celebrities, Tesla CEO Elon Musk and rapper Snoop Dogg also showed their support for meme coins. Elon Musk's tweet led to a massive rise in the demand for dogecoin, forcing its price to shoot up. Meme coins offer the much-needed flexibility, friendly outlook and relatable feel that has been lacking in the crypto space for. Meme coins present an appeal that is so strong that they cannot be ignored, this appeal and the support it has gotten has allowed the meme coin market share to rise. Those who thought dogecoin was a joke now know better.

Just as many people thought that dogecoin was a joke, Inu-themed cryptocurrency DogeMoon is putting a spin on the meme coin momentum by donating a portion of its tokens every time it's market cap increases by a million - with the goal of becoming bigger than SafeMoon which currently has a market valuation of about $7 billion.

DogeMoon runs on Binance Smart Chain (BSC) - the second biggest blockchain in the world after Ethereum and is one of the first charity coins on the BSC. DogeMoon's commitment to charity is unmistakable, helping charitable courses is a key focus, having already helped UEFA Children's Charities and Able Child Africa. Her partnership with these charity organizations is in furtherance of her mission and with a promise to increase the size of her donations as the project grows in size.

With an aim to be one of the few true community tokens, run by the community and also used to benefit the community, DogeMoon is a piece of finance from the future, used to help the future of the less fortunate.

The DogeMoon team is building a thriving community-backed project. This is further supported by several initiatives such as it's charity fund - DogeMoon has donated $1000 to Able Child Africa already OYOGist.com has reported, and another $1,500 when it's market cap reached $3m. To further strengthen her community, DogeMoon is currently running a community contest where people can earn up to $5,000 USDT -- with up to 27 possible winners.

With the success recorded within the meme coins sub-space, more and more coins are going to find their way into the market in addition to the already existing ones. But the resilience, passion and commitment to charity exhibited by DogeMoon makes it an obvious favorite to become the next big Doge.