Why Have Some Big Tech Companies Performed a Remote Working U-Turn?

Twitter was the first major US company to herald the remote working era. Last May, Jack Dorsey announced that Twitter employees could work from home "forever". Soon after, the Washington Post reported on "copycat" companies offering the same terms for employees. Mark Zuckerberg went as far as predicting that up to half of Facebook's 50,000+ employees could be working remotely within five to ten years.

The reason for this rush to embrace remote working was clear - Covid-19. But the Big Tech bosses and other experts maintained that the pandemic was a catalyst for remote working - simply accelerating a trend that was going to occur eventually. You can find plenty of statements on the subject from industry leaders and thinkers, all peppered with phrases like "flexibility", "hybrid working", "reimagining the office", "redefining work".

And yet, there is more to this than meets the eye. Moreover, we can detect some sense of backtracking from several Big Tech companies. The BBC reported on this backtracking, suggesting that some companies were perhaps caught up in the moment last spring as offices closed around the world. Now that they are either opening - or expected to open soon - there is a little more hesitancy. The upshot is that Big Tech seems much more unsure. And as Facebook's Carol Everson said, "we are making this up on the fly".

Scant data on the impact of working from home

One of the biggest issues is that, despite the chest-thumping from some Big Tech leaders last year, the remote working en masse was still an experiment carried out with little knowledge of how it would work beyond the theory. Yes, remote working existed before the pandemic, but nothing on this scale. More importantly, large scale studies of remote working have not been conducted. The most frequently cited study comes from the call center arm of Chinese travel firm, CTrip, which did a randomized study for working from home for many of its employees. But this study was completed almost a decade ago, and there has been nothing similar in scope since.

But now, a year into the pandemic, we are starting to get new evidence of the impact of remote working on several areas like employee well-being, productivity, promotions, and so on. The ONS (Office of National Statistics) looked at remote working in the UK across the pandemic, and its findings were mixed. Here's an excerpt from the Guardian's reporting on the ONS's findings:

"People working from home during lockdown spend more time at their jobs and are less likely to be promoted or take time off sick, but are paid above average wages".

As you can see, there is a lot to unpack there. The idea that remote workers spend more time on the job has been raised before, with the lack of commute and other office distractions often cited as the reason. Similar theories have been raised about not taking time off sick, with an assumption that some workers will feel well enough to work at home but not well enough to make the trip to the office - we have all been there. As for higher wages, it's genuinely assumed that those who can work from home are more likely to do skilled jobs that naturally come with better remuneration.

But the interesting area here is that workers are "less likely to be promoted". This has been talked about among the musings of Big Tech leaders this year. The theory is simple: physical face to face time with your boss is better than virtual FaceTime with your boss when it comes to getting a promotion.

Tech tools can change how we think of remote collaboration

And yet, it is worth saying that there are collaborative tools available that go beyond the daily Zoom call with your colleagues. Spike, for example, is arguably the best email app for Android when it comes to reimagining team collaboration and workflows. One of its taglines is: Talk to People. Not Threads., which perfectly encapsulates its ambition to change the way we think of email as a collaborative tool. Spike has been picked up by 1000s of teams, including several notable tech companies, but it's easy to imagine other tech solutions to the problem of enhancing connections when working remotely. 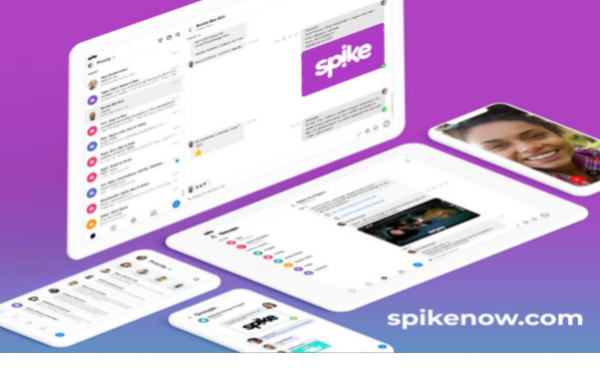 Indeed, despite the calls by some Big Tech companies to return to the office, with Amazon, for example, saying, "Our plan is to return to the office-centric culture as our baseline. We believe it enables us to invent, collaborate, and learn together more effectively", many seem to be persevering with the flexible or hybrid work models. For some, that might be the best of both worlds: allowing employees to spend some time at home and some time at the office.

But as we mentioned earlier, this is still at the experimental stage - despite the optimistic statements from some companies. Moreover, you have to consider the impacts of the pandemic itself. Some of our views on remote working will inevitably be colored by the pandemic. For instance, many of us have had to mix remote working with childcare when schools have been closed.

It's going to be interesting to see how this pans out, particularly if the vaccine roll-out facilitates the option to return to office life as normal. For the moment, it seems too soon to say whether Big Tech will lead the charge in a permanent trend of remote working.