Today, there are many resources available about the correlation of a positive work environment and employee morale, productivity, and overall success. However, 30 years ago, when Insurance Office of America co-founder John Ritenour started talking about creating a positive work environment for his insurance brokers, his was a lone voice. The 1980s and 1990s were decades in which authority came from the top of the company and insurance brokers were expected to toe the company line.

A Climate of Change

Entrepreneur John Ritenour sought to change that top-heavy management style at his company. He had seen in his previous jobs how heavy-handed management could crush the enthusiasm and goals of a sales team. He saw management changes derail commission structures, cancel incentive trips and other perks, and make sales plateaus unattainable. John Ritenour's answer to all of that was to put his brokers in control of their own destiny, making them independent agents instead of corporate automatons.

John Ritenour created a unique corporate structure at IOA. The company gives producers the freedom to act as independent business owners. This, according to Ritenour, gives them virtually limitless earning potential. "We don't believe in earning caps," explains Ritenour.

John Ritenour continued to make changes to the culture at IOA right up until his retirement. He understands that a positive culture isn't something that you set up and then walk away from. It needs to be nurtured constantly. It also sometimes needs fresh eyes. To that end, Gallaher Edge, a top management consulting firm, was brought in as a collaborator in 2020 to help the company better embrace a culture of inclusion and diversity.

Says Dr. Laura Gallaher, CEO and founder of Gallaher Edge via press release, "It's not enough for business leaders to simply talk about company culture; they need to foster an environment of psychological safety, where people feel genuinely included and respected regardless of their job role or any demographic variables. Organizations like IOA are setting a great example by taking an introspective look at their culture to enhance inclusion among employees."

Gallaher Edge helped IOA launch a program called Grow Leaders from the Inside Out (GLIO), which helps the company promote talent from within the company. An important part of the program is its customized workshops that focus on topics like maturity, self-awareness, self-acceptance, and self-accountability. Says Heath Ritenour, chairman and CEO of IOA (and also John's son), "Through this program, we are hearing from employees firsthand how they perceive our culture, so we know where to focus our goals and efforts. Using this feedback, IOA's leaders will work with Gallaher Edge to fundamentally analyze and adapt our behavior, beliefs, and identity to have the greatest long-term impact on our individuals, teams and the company as a whole."

Why a Positive Corporate Climate is Important

A positive work environment doesn't just make employees want to come to work and boost sales agents' morale. There are a myriad of other advantages to investing in your employees. These include:

1. Employees staying longer with your company. A lower turnover rate benefits both the employee and the company. According to Gallup, a conservative estimate of replacing an employee can cost from one-half to two times their annual salary. For example, if you lose an employee making $50,000 per year, it will cost $25,000 or more to replace this team member. This is money that could have funneled down to your company's bottom line if the employee had stayed.

2. Greater Productivity. John Ritenour feels that too many insurance executives see higher sales commissions as an added expense, rather than an added opportunity. He's adamant that these executives miss the point that, for every dollar the salesperson makes, the company makes even more, usually multiples of what the sales team is making. Making it attractive for your sales team to increase their productivity by offering higher commission plateaus and other incentives means you'll end up increasing sales-and profits-for your company.

3. An environment that fosters creativity. A strict, oppressive work environment shuts down creativity and the free flow of new ideas. Ritenour isn't alone in his belief that a positive work environment spawns creativity. Teresa Amabile, a clinical psychologist and Harvard Business School professor writes about a study she headed on the correlation, "High-creativity projects tended to have environments that were more intellectually challenging and offered sufficient resources, greater degrees of freedom, and much encouragement of innovative thinking, as opposed to harsh evaluation of new ideas-all aspects that support intrinsic motivation."

4. A better reputation within your industry. Happy employees not only stay with the company, but they encourage their peers to come work with them, thus giving your company a great talent pool from which to choose the best and the brightest. In addition, that stellar reputation will likely blend into your business arena, with friends and family of your happy employees telling their friends and their colleagues what a great company you have and that they should purchase their insurance products from you.

John Ritenour's workplace philosophy and practices continue at IOA under his son's guidance. The company continues to offer its sales brokers a great deal of autonomy and the ability to set their own schedules to really function as business owners. Says Heath Ritenour, "I'm very proud of the structure my father put in place at IOA. I have no intention of changing it. As the saying goes, if it's not broken..."

John Ritenour founded Insurance Office of America with his wife, Valli, in 1988 and led the company until his recent retirement. One of his key focuses during his tenure was harnessing a different type of insurance brokerage, where a healthy work and life balance is emphasized and where insurance producers are given more freedom than in other insurance brokerages. Ritenour has spoken at length about this in numerous media interviews.

A native of McKeesport, Pennsylvania, John Ritenour worked briefly in that area's steel mills and his brother's bakery before entering the insurance business in the mid-1970s. His first insurance position was as a door-to-door salesman, a job that earned him enough money to marry his high school sweetheart, Valli. He quickly became a top producer and earned numerous awards. He and his wife parlayed John's success to open their own business, Ritenour Insurance, in the early-1980s. After several years, they sold that company and realized their dream of moving to Florida. In 1988, they opened Insurance Office of Florida, the company that would eventually become IOA.

Throughout John's 30-plus-year insurance career, Ritenour has earned numerous awards. The ones he's most proud of include Success magazine's Success Award for Business Achievement and the Symetra Tour's (LPGA) Eloise Trainor Award.

John and Valli Ritenour still make central Florida their home. Although they are no longer active in the day-to-day operations of the insurance business, the couple remains active in IOA's charitable activities and they check in every so often with their son to see how the business is faring. John says that his next big goal is to become the best grandfather in the world.

About Insurance Office of America

Insurance Office of America is headquartered in Longwood, Florida, and has more than 60 offices in the United States and Northern Ireland. The company started as a three-person operation and has grown to employ more than 1,300 insurance producers and team members. Insurance Office of America was named among the Top 100 Independent Property/Casualty Agencies in the United States in 2020 by Insurance Journal magazine. The company reported gross sales revenue of $238 million in 2020. 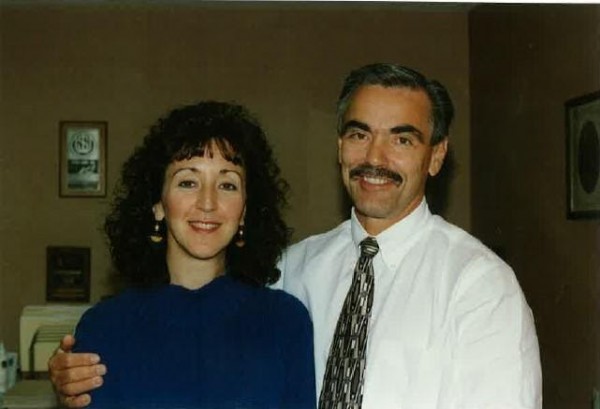