There was a lot of buzz around Pokemon Unite since everyone didn't expect Nintendo to make a move onto the MOBA hype train. But well, here we are. The game was released on the Nintendo Switch and will make its way to mobile devices in September.

Anyways, let's have a look at the top 5 characters that you could use in Pokemon Unite for a guaranteed victory! Since this is following the MOBA format, we'll look at it through their class specifications: Attacker, Defender, Speedster, Support and All-Rounders. Do note that this is solely our opinion and doesn't reflect anyone else.

Hands down, the best attacker would be Pikachu with its long-range and huge variety of attacks. Based on Pikachu's stats alone, it is noted that its Offense ranks the highest. The electrifying nature of Pikachu's character allows for both crowd control and causing a high amount of damage to its enemies.

Pikachu's Unite Move Thunderstorm allows Pikachu to summon a violent thunderstorm that blasts all the Pokemon surrounding it away. The thunderstorm trails after Pikachu as it moves, so it can be a pretty deadly move to any Pokemon around.

In general, when you see Snorlax he is built to be a defender. Accompanied by useful moves like 'Rest' and 'Power Nap' as its Unite Move, Snorlax would hinder enemies with ease. Snorlax's Unite Move allows it to regain health without having to back down which is useful as it damages other Pokemon and allows for regeneration. Essentially protecting the team and being a pain to others.

Snorlax is also granted invincibility when Power Nap is in use, so other Pokemon can't affect him but he could do a lot of damage to them instead.

According to stats, Talonflame has the highest mobility value but in order for you to fully put this Pokemon to use, you need to focus on levelling it up earlier on. Even so, the trade-off is worth it as you are rewarded with a top-notch speedster that could help you in the long run. Talonflame allows you to make quick attacks and score points while still being on the offence.

Talonflame's Unite Move is Flame Sweep, a sort of dash move where Talonflame charges towards its opponent and damages the Pokemon in its path while also shoving them out of the way.

An overall great booster Pokemon, Wigglytuff's abilities ensure that your team would get their much-needed boost in abilities and health while damaging enemies that cross its path. As the support, Wigglytuff could heal teammates and damage enemies with ease.

The all-rounder is supposedly the most balanced character in the game or in your team. As you take a look at the stats, Garchomp looks to be the best Pokemon for the job. Garchomp is a powerful character when thoroughly evolved and can decimate any Pokemon in its path. The downside is that Garchomp takes a while to evolve and it's your choice to focus on levelling up Garchomp or not.

Garchomp's Unite Move Livid Outrage is a melee attack that allows Garchomp to unleash a chain of attacks while dashing forward. The final move would throw enemy Pokemon and leave them stunned, so they won't be able to do anything for a short while.

How to Redeem Aeos Gems

Now, before you go, there's one important thing you need to know about Pokemon Unite and that's how to redeem your Aeos Gems. Here are 5 simple steps to follow: 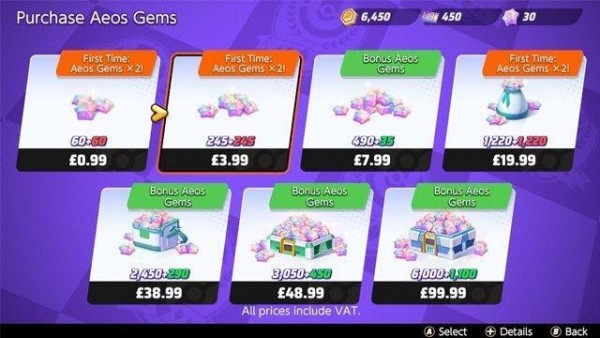 These Aeos Gems are a premium currency for Pokemon Unite and can only be obtained with real-world currency. Aeos Gems allow you to unlock Pokemon faster, purchase the Battle Pass and for a chance to spin the wheel for a reward - a gacha mechanic in the game that's similar to Genshin Impact.

There's a range of values for you to choose from, depending on how much you want to spend. Currently, there is a promo for first-time purchases where you could get more gems at each tier. That's a steal if you ask me!