A Bitcoin and cryptocurrency "Mini-Mining Rig" has gone viral on TikTok, as it only used a Starbucks' free electricity for the user to successfully perform operations. Here, the only equipment needed was a laptop and a USB cable to connect both devices, and mining is possible anywhere. The TikToker already has 2.7 million views on said video.

Mining either Bitcoin or cryptocurrency, in general, has a "negative impact" on the business, as it uses a massive load of electricity for it to function. This has been the focus of why Tesla and Elon Musk has criticized Bitcoin and suspended its trading on its platform. 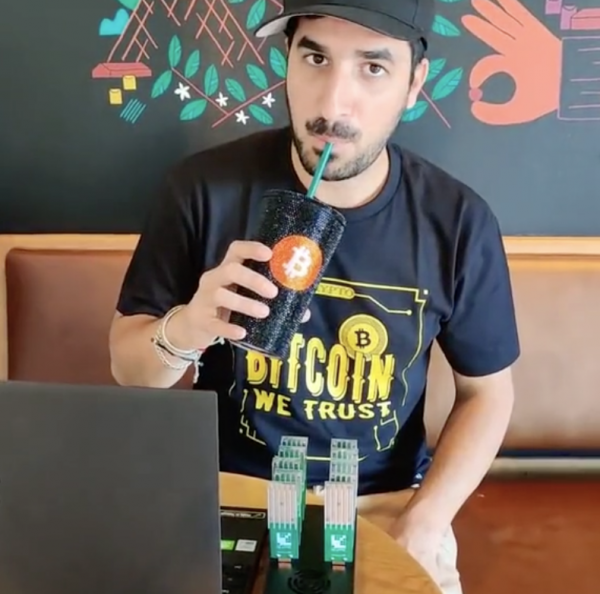 A video by @howmuchchannel also known as Idan Abada from TikTok has shown that "portable mining" can be done using a minimal setup. Here, the TikToker showed his "Mini-Mining Rig" which he designed, and even used "free Starbucks" electricity to power his setup.

This shows one of the first looks on an acceptable mining rig for pros, without the need for a massive setup.

Here, the TikToker demonstrates how only a laptop and his mini-mining rig can successfully mine Bitcoin, and other cryptocurrencies. The rig consists of 10 USB-detachable devices and is cooled down by a mini fan.

To avoid any damages to the USB devices, Abada removes it every time he stores it when he is on the move and re-attaches it when in use. The entire setup of Adaba costs a whopping $875, which is massive money for a rig.

However, he saves on electricity as he uses it in free charging places like a Starbucks.

Is this Mini-Mining Rig More Economical? 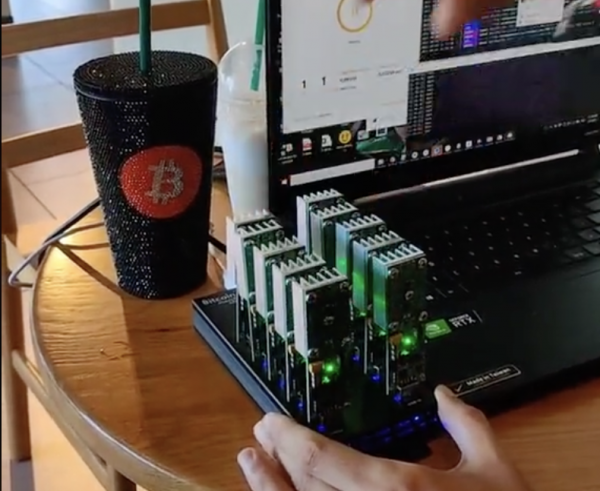 Abada's video, he talked about how much a standard Bitcoin mining rig is very expensive in terms of power usage. The more power used by an object, the more natural resources are consumed. And generating power mostly comes from coal mining and other harmful processes.

A mini-mining rig may help in offsetting the costs of electricity, as well as lessening the use of electricity, making it more economical. However, it is not that "eco-friendly" as it still uses significant power to use, and only charging to free charging places like Starbucks.

A standard setup is still the most ideal one to use for Bitcoin mining, especially if users would like to continue their rate in looking for the coins online. A mini-mining rig, on the other hand, maybe expensive and would add extra costs to a user for maintenance, but it is applicable for an "on-the-go" lifestyle.

Having a portable rig would not hurt you, especially if one does not have a permanent place to reside in, or is constantly moving because of job requirements and such.

Related Article: Cryptocurrency for Newbies: What Crypto Is, Types Available, and Other Terms You Should Know