The digital currency originally based on a meme - Dogecoin - has taken the world by storm over the past twelve months. During a tumultuous year, the polarizing cryptocurrency has captured public attention right across the globe after posting incredible gains, acquiring various celebrity endorsements, and dominating crypto Twitter and several other internet sub-communities.

Following its launch in 2013, one Dogecoin was worth $0.0002 (that's two ten-thousandths of a cent). Fast forward to August 2021, and you will have to fork out a hefty $0.35 for the very same coin, where it is now ranked as the 7th most popular cryptocurrency in the world (by market cap). In fact, the "shiba inu" inspired coin hit all-time highs in May 2021, reaching an astonishing $0.7376 during an incredible bull run, which was somewhat catalyzed by none other than Elon Musk himself.

So what does this all mean for investors, and what are the prospects for this controversial coin? If you're considering buying Dogecoin, read on to see what you can expect from your favorite meme coin for the latter part of 2021.

Even though $1 is as arbitrary a number as any other, investors tend to look at these round numbers as key milestones/psychological price points that hold a certain level of significance. With that said, the question on many doge fanatics' lips is, "can Doge hit $1 in 2021?"

In short - yes, it is absolutely possible. But to answer the question more aptly, we need to dive into a few specifics to see whether or not it's a viable target or just another crypto pipedream that will never come to fruition. 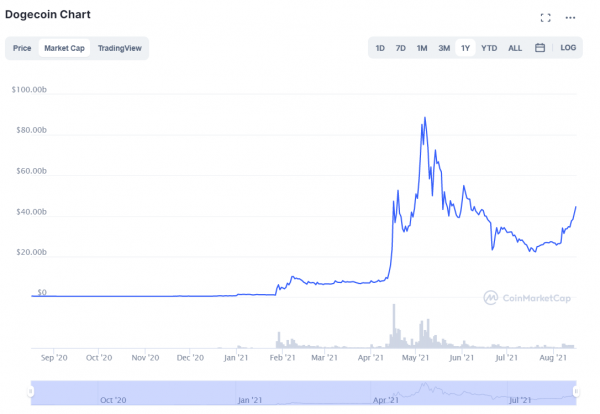 Before we get started, we need to discuss the elephant in the room, Dogecoin's volatility. To say this cryptocurrency had a wild ride over the past year would be a gross understatement. After starting the year at $0.0056, the coin quickly rose to $0.07 in February, $0.40 in April, and $0.73 in May, only for it to crash and lose 75% of its value in the space of a few weeks.

Just one look at Doge's graph will remind you of your favorite rollercoaster when you were a child, except this ride is certainly not for the faint of heart. The reason for these huge rises and falls is due to the fact that Dogecoin is inherently an extremely volatile coin. In fact, according to Genesis Volatility, Dogecoin is almost three times more volatile than Bitcoin (based on historical fluctuations).

There are several reasons for this high level of volatility, but one of the most noteworthy is the fact that Dogecoin is an immensely speculative asset with few fundamentals when compared to most other "big cap" cryptocurrencies.

In other words, the vast majority of those who purchase the coin do so in an attempt to benefit from price fluctuations. Very few people actually "use" the currency for much of anything, which means that the coin's valuation is solely dependent on the market and public sentiment.

After all, Dogecoin's two founders, Billy Markus and Jackson Palmer devised the payment system as a joke, mocking the rampant cryptocurrency speculation of the time and simultaneously satirizing the entire industry.

For Dogecoin to hit $1, it will need to hit a market cap of $130 billion, which is around 3x from its current price point. The good news is that this figure is certainly not out of the realms of possibility, especially if Bitcoin and the cryptocurrency industry as a whole can continue with its current trajectory for the rest of the year.

Since the coin is typically associated with speculation and hype, whether or not it makes it to $1 depends on a number of factors, such as:

One of the key strengths of Dogecoin is its die-hard (almost cult-like) community. Over the years, veterans of the Doge ecosystem have been fighting its corner against trolls, critics, and FUDders alike, preaching the good word of the dog meme currency. All jokes aside, Doge's crypto community acts as a central pillar to its success, and if it is to make it to $1 before the year is out, it will need all of its unsung community heroes to do their part online. 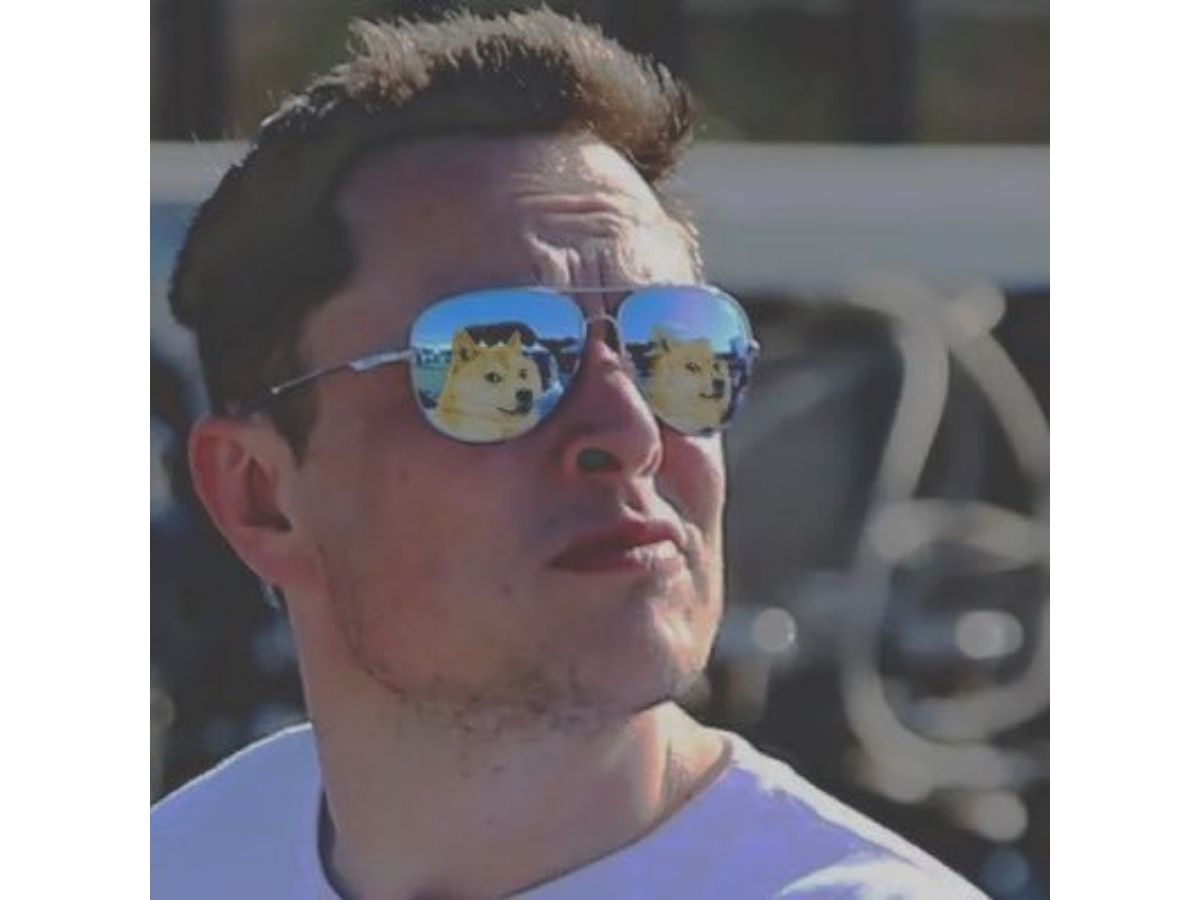 The floodgates truly opened for Doge when Elon Musk jumped aboard the hype train and riled his fans up into a frenzy after tweeting that "dogecoin might be my fav cryptocurrency." Since then, various celebrities came out of the woodwork in support of Doge, ranging from famous rapper Snoop Dogg to billionaire business magnate Mark Cuban and even Gene Simmons. These public endorsements brought huge amounts of publicity to Dogecoin and gave it some much-needed validity, bringing in billions worth of new investments.

Finally, for Doge to hit $1, it's absolutely imperative that sentiment around the project remains high and that media publicity stays overwhelmingly positive. Yes, while many publications make fun of the fact that Dogecoin is, in fact, just a meme coin, the truth is that this sort of publicity attracts more widespread attention, curiosity, and intrigue around the digital currency which leads to more investors jumping on board.

As the cryptocurrency industry continues to gain more exposure, many top currencies such as Bitcoin and Etherum are becoming normalized in our society, with more people turning to them for money transfers, building dapps, and storing value.

On that note, Dogecoin will likely continue to mimic Bitcoin's performance for the foreseeable future (as does almost every other altcoin). Thus, whether or not Doge can make it to $1 comes down to how well the cryptocurrency industry performs from here on out. If a big 2017-esque crash is waiting around the corner, then $0.01 would be a better price prediction. On the other hand, if everything continues to come together and the stars align as it appears they might, then who knows? $1 could quite easily be here before the year is out. Time to get your crystal ball out!