Amazon is now offering to pay their hourly workers' college tuition fully, and it would be a part of their program where the student would continue to work and balance it with their education. Student loans are one of the largest problems of students in the country, where they need to work part-time to help offset the costs.

The e-commerce company has recently made its intentions known for hiring out more employees for its global expansion, which it aims to achieve in the coming years. Amazon's focus on the workforce is not only by offering jobs but also handing out opportunities for them to further their careers with regards to education. 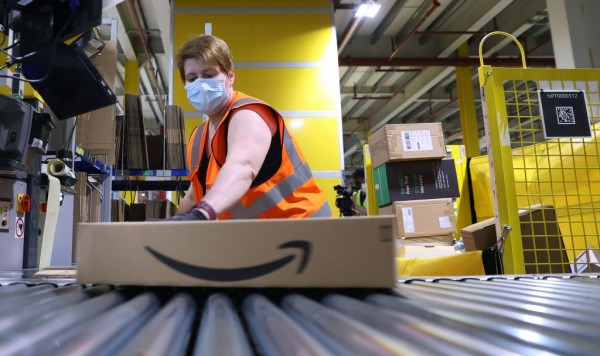 Amazon has recently announced in its press release that it would expand its education and skills grant, which aims to pay for 100 percent of the college tuition of 750,000 of its hourly workers. This program is focused on those who are "operation employees" or part-timers that have taken a job at Amazon to pay for student loans.

The e-commerce company has allotted a massive $1.2 billion fund that would be completed by 2025, covering the expenses of these workers about school. It would include tuition, books, and other required fees by their college or university. This is called the "Career Choice" program, and anyone is eligible to apply.

The program said that it would accept even those with only three months of working with Amazon, provided that they are enrolled in a college and are operational employees. Other qualifications would be subject to screening and approval of those who are in charge of the Career Choice program.

There are also rumors that the e-commerce company wants to monitor behavior via the keyboard activities of its employees.

Amazon said that it would pay school fees in advance and would not make students pay for it initially and have it reimbursed in the future. Anyone is eligible to do this and can even work on getting technical skill training or certifications so that they can further their careers.

The Big Tech company claims to be "career creators" not just with the opportunities within Amazon but through the Career Choice program that sends the students to college.

Not everyone can pay for college tuition and other fees, and it is generally known that studying for tertiary education is very expensive.

Moreover, Amazon joins other e-commerce and retail giants about this venture. This includes Target, which announced their ventures last August, and Walmart, which revealed it last July.

The program for college tuition is more expansive and inclusive now, as anyone that works for these companies is eligible upon approval. The venture is focusing more on giving opportunities for its workers and soon professionals.