The world's economy is increasingly being plagued by constant cyberattacks accounting for losses over $5.2 trillion in the last half-decade, according to Accenture. The impact on these businesses was so significant that 60% had to discontinue operation. Imagine this continuous dearth in business operations continues over the next decade. Frightening right?

The majority of the present-day internet is a global system of interconnected computer networks with a static framework which makes the sharing of data and information between networks and devices a security disaster waiting to happen. As a result, startups like ThreeFold and DFINITY seek to create a more secure internet, based on decentralization. 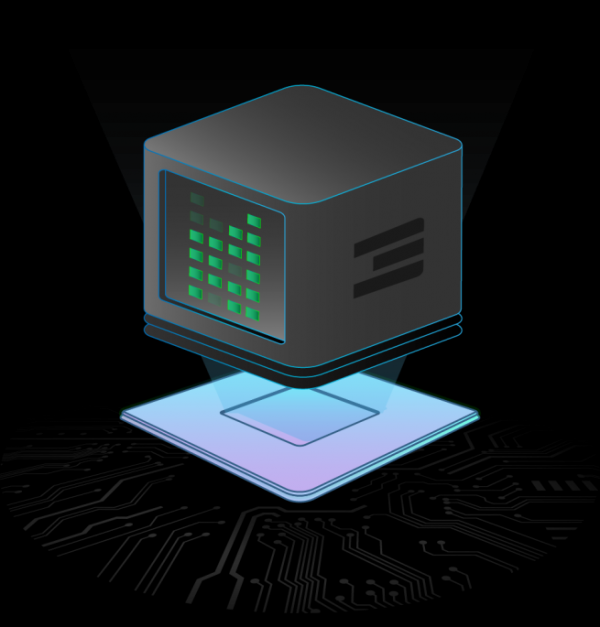 The centralized model sets the whole system up for a possible collapse. Many internet users experience downtimes during maintenance periods and servers are prone to glitches.  The corporations behind the centralized model are focused on market share and profit.  Unsurprisingly, they found huge economic value in data and turned data exploitation into another business model. The ThreeFold team  seeks to solve  all of these issues, using the ThreeFold Grid architecture where everyone has equal access to the internet and regains ownership of their own data.

What is the ThreeFold Grid?

The ThreeFold Grid system is a peer-to-peer based framework where anyone can own a sort of "data center" by getting a 3Node device. It has grown to become the most extensive peer-to-peer network globally, delivering more than 80,000,000 GB of online storage across 110+ locations in more than 50 countries. Moreover, it tackles the most pressing needs of the everyday internet user through its improved privacy and security.

3Nodes run on a stateless and lightweight open-source operating system known as the Zero-OS. Its minimalist design makes it ultra-efficient and allows for a minimal hacking footprint. Hence, the issues of efficiency, maintenance costs, and security are solved from the get-go. 3Nodes are registered on the ThreeFold Directory - a database that records the capacity available on the ThreeFold Grid Explorer. The process of connecting new capacity to the Grid, in terms of compute, storage or network, is called farming. It is based on a unique algorithm known as Proof of Capacity. Owners of 3Nodes are called farmers and can be seen as ThreeFold's sustainable alternative to miners. By providing internet capacity and keeping it connected, farmers earn income in form of ThreeFold Tokens every month. The Proof-of-Capacity model will detect the internet resources connected to the TF Grid and reward farmers according to their contributions of compute, storage and network. Due to the design of ThreeFold's Zero-OS, any server-like hardware with an AMD or Intel processor can be booted and dedicated to the network. ThreeFold's OS runs autonomously once booted, requiring no maintenance or administration. The process is quite simple and even allows for non-technical people to join the decentralization movement by simply connecting a node in their home or office, making ThreeFold's model infinitely scalable.

The Grid is accessible to anyone who holds ThreeFold tokens in a digital wallet. They can reserve capacity and deploy workloads using a set of tools and interfaces suited to different use cases.The model allows everyone to actively take part in the Internet community. There is no centralization whatsoever, and every user can carry out operations on the operating system level, without any intermediaries.

How does the ThreeFold Grid Differ from Other Data Centers?

Four companies own 67% of the world's cloud compute and storage, hence significantly influencing the rest of the world's usage. This monopolistic structure is a deviation from the fundamental principles upon which the internet was built. Understanding the distinction between ThreeFold's framework and those obtainable in the centralized model will enable us to see Kristof de Spiegeleer's reasons for founding the startup.

ThreeFold's USP can be summarized as the offering of a more secure, high-performing and autonomous infrastructure that allows for unlimited scalability. Compared to the traditional internet framework, the self-healing potential in the peer-to-peer infrastructure can minimize downtime even if a  single node should go offline.

On top of that, the ThreeFold Grid is designed from the start to be more efficient than traditional IT. If the big giants should attempt to tackle the impending shortage in cloud compute and storage, they would have to build more data centers whose inefficient nature would only result in an even larger carbon footprint. ThreeFold's model, however, aims to remove three times as much carbon from the atmosphere as it produces

The traditional network can possibly get compromised because of its central points of failure. This is a potential source of worry considering the growing instability in many parts of the world. With ThreeFold's 3Nodes spread across the globe and the exceptionally secure design of Zero-OS, it appears we can expect unparalleled levels of resiliency.

Your Contributions to the Network

With its  ThreeFold Grid and 3Nodes, the ThreeFold team offers an opportunity of a lifetime to join the internet revolution and earn TFTs. With the potential to upscale emerging technologies like 5G, AI, VR, IoT, autonomous driving, and the likes, the TFTs will become even more appealing, as they are ThreeFold's medium of exchange.

There's never been a startup in the internet and cloud industry offering a more efficient, autonomous, and planet-positive internet infrastructure with a single product launch. Be part of the changemakers and buy your first TFT now.