It's likely one of the most (if not the most) iconic pieces of fictional technology ever created--far more recognizable than laser guns, hyperdrives, and even killer robots with self-aware artificial intelligence.

When "Star Wars" first premiered in 1977, millions upon millions of viewers were likely asking how long it would take for them to have a real lightsaber in their hands. Now, 44 years later, has technology finally figured it out?

The answer is no. It hasn't. But perhaps a few people have already come close to figuring out actual, working lightsaber tech. 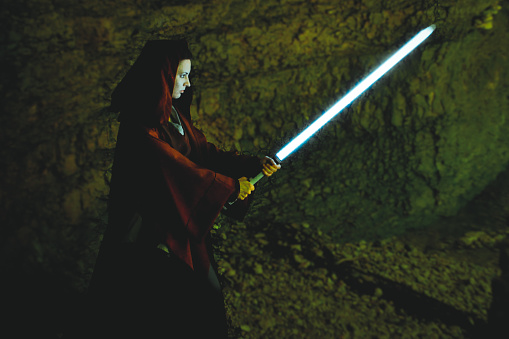 Here are a few instances when "Star Wars" fans felt a massive disturbance in the Force--as if millions of souls were crying out in happiness.

A Lightsaber Using Magnets and Plasma

According to Medium, one can theoretically build a lightsaber blade by using magnetically contained plasma. And this is a real thing. 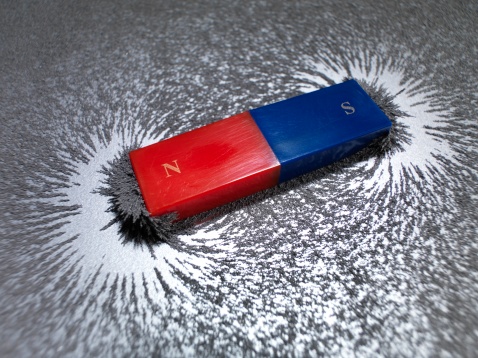 As one of the four main states of matter (the other three being solid, liquid, and gas), plasma can be shaped with the use of strong-enough magnetic forces. A device called aTokamak chamber can already achieve this, as it allows nuclear fusion researchers to mold and shape plasma.

However, a Tokamak chamber is far from portable enough to be handled like a lightsaber. That's because it needs a bulky, donut-shaped vacuum chamber capable of pumping out enough heat and pressure to achieve this objective.

YouTuber James "The Hacksmith" Hobson took his team's lightsaber build a bit differently by focusing on one of its most recognizable aspects: its ability to retract and extend.

To achieve this, Hobson's team used the scientific principle of laminar flow. This phenomenon involves a state of a fluid gas or liquid traveling so smoothly, and it looks like the entire flow is frozen in mid-air.

Here is laminar the flow at work:

Obviously, The Hacksmith didn't use water. Instead, they took an LPG tank, crafted a lightsaber hilt around it, and deliberately controlled the output of the gas to form a retractable "blade."

And with the addition of certain compounds, the "blade" can even change colors. Here is a video of the build:

Now this one does sound a little too science fiction-like. Light cannot be solid, right?

Actually, it can. Or at least that's what a team of engineers from Princeton University claims. According to IFLScience, the engineers have managed to create a "solid" form of light by locking individual photons (aka light particles) together to make them behave like a solid object. 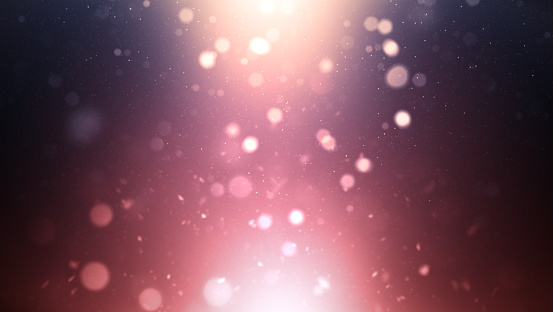 This makes a lot of sense when you take a "Star Wars" lightsaber into account. It looks like it is producing a retractable blade made from solid light, which makes it function like a traditional metal sword. You can parry, slice, and stab with it.

The technology, however, has one significant limitation: it's not going to work if you try to put it inside a hilt. That's because achieving this feat didn't exactly make a light beam that you can hold like anything else.

Furthermore, the engineers had to specifically construct a so-called "artificial atom" by designing 100 billion atoms to act like they're one unit. Try to do that with the flick of a switch on a lightsaber hilt, and you'll see the problem: it takes way too much time.

A Lightsaber Is Still So Far Out of Current Tech Capabilities

There's a reason why "Star Wars" is set in a galaxy far, far away--there's no telling how far that galaxy's technological capacity outweighs our own.

Lightsaber technology is still so far beyond current human technologies. For now, fans will have to settle with toys, as well as special appearances in games like "Fortnite" to relive their Jedi and Sith Lord fantasies.

But who knows? Maybe the engineers of the future will be able to figure it out. As if Master Yoda says it, "a good day, that will be."

Related Article: How to Watch Star Wars: The Proper Star Wars Timeline Before You Watch the Mandalorian

How to Watch Star Wars: The Proper Star Wars Timeline Before You Watch the Mandalorian