What To Know About The Highly Anticipated Meta Thugs NFT Drop

If you've been on social media of late, either your favorite influencer or a friend of yours has probably been talking about NFTs. Visa broke the internet just a few days ago by purchasing an infamous CryptoPunk NFT to add to their portfolio to which they spent over 6 figures on.

The NFT space has been growing at a rapid pace in the past few weeks. Due to this hyper growth, it was time to find out more about the NFT space by interviewing individuals who are experts in this domain. While doing this, I heard multiple people begin explaining a project that is launching on November 14th at 10PM for Presale.

Highly Anticipated NFT Drop of Meta Thugs Announces Their Launch Date Sooner Than Most Were Expecting.  Intrigued by the fact that so many people were talking about this project, it was a no-brainer to dig deeper to find out why there was so much anticipation and hype behind this project specifically. After spending a few days researching the team behind the project, the project itself and their roadmap - it became extremely easy to understand why this project had garnered so much attention even before its launch.

Here's what you need to know about Meta Thugs ahead of its highly anticipated launch on November 14th at 10PM for Presale.

The marketing and the roadmap is truly what seems to have the most promise in the project. In a land where paying thousands of dollars for a jpeg once seemed ludicrous, it has now become the norm. While still less than 1% of the general population knows of NFTs, Meta Thugs have committed themselves to the long-term education of NFTs to the masses. Not only that, but they have already announced a promotional partnership with one of the biggest internet celebrities out there today.

The designs are extremely impressive from the attention to detail to the quality of the imagery. Gauging what the value or the use of a NFT would be is something that has been a challenge for quite some time, but these designs from Meta Thugs truly provided an experience unlike others in the marketplace. A status symbol? Absolutely. The use of these images as profile images or avatars that people use on their social platforms seems to be the most likely use case in the coming years. People have even gotten tattoos. 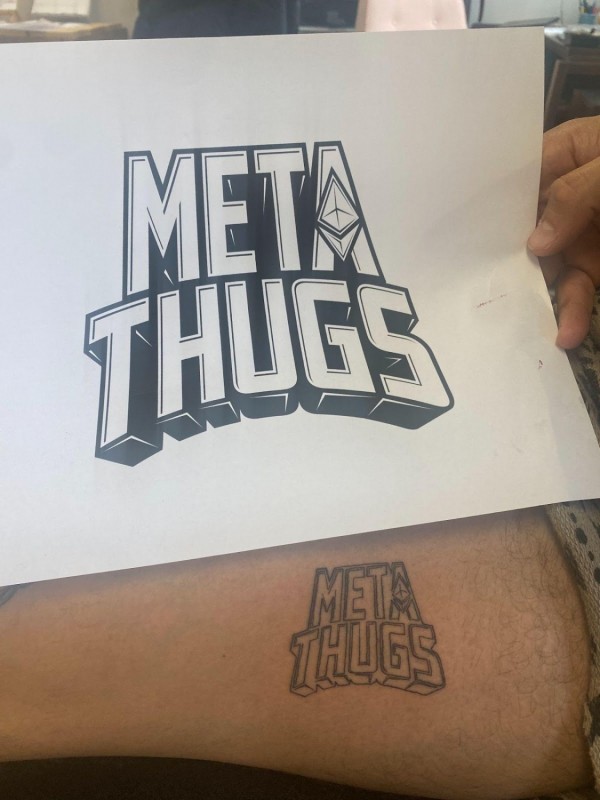 The hype and anticipation is something that has rarely been seen before. You can just feel the energy, the sparks and the anxiousness in the air. Meta Thugs has the same exact feeling, which has been shared by countless others waiting for the drop day to come. This type of feeling is something that truly creates a sense of excitement amongst the NFT community.  The big buying factor is their board of advisors, tapping in Andrew Eugene Choi and Eli Velez who recently worked for Kanye West and Cardi B.

The best way to get involved with the NFT project is by minting and becoming a collector. Check out their discord November 14th at 10PM for Presale. From there, the collection will be transported to OpenSea.io where collectors will have the ability to buy, sell or showcase these NFTs.