Apple Pay promo has commenced and shoppers have another option to save a lot of money for the upcoming holiday rush. The savings card could help them earn more perks such as special discounts and free shipping vouchers. 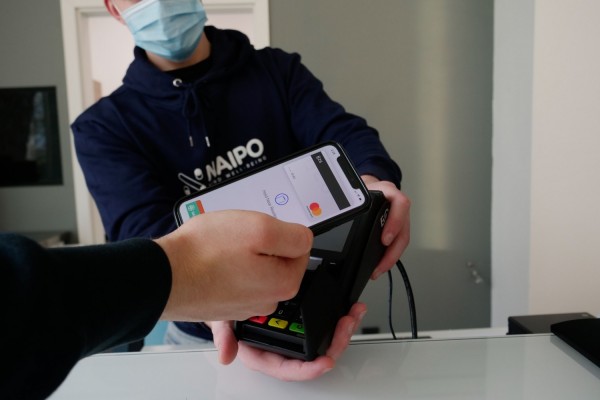 (Photo : naipo.de from Unsplash)
Apple announced that there will be a huge Apple Pay Promotion for shoppers who want to save some money during holidays. Through Snapfish app, you can enjoy discounts and free shipping.

According to a report by Apple Insider, Apple announced on Tuesday, Nov.16 that customers could now take advantage of the new Apple Pay promo through Snapfish. For customers who will purchase the products, make sure to apply the APPLEPAY code during the checkout to get a 76% discount.

The offer does not only involve huge savings because the Cupertino giant also included a free shipping perk. The deal will close next Monday, Nov.22.

Furthermore, the tech titan clarified that the offer would apply to the lowest-price shipping option. The buyers could not use it in other advanced shipping methods.

In addition, the Apple Pay promotion will not be applicable for in-store pickup and will be solely limited to mail order purchases.

Imore wrote in its report that customers could use the APPLEPAY code when purchasing multiple items with discounts. There's no limit in the number of times you want to use it. However, some product credits could not be combined with the promotion code.

The current offer will only cover U.S. customers. The offer could also be canceled or changed at any time.

Besides the major savings deal for holidays, Apple noted its Apple Pay technology which would secure the shopping security of the customers. This would be useful especially when you want to buy a certain product such as Apple Watch or iPhone.

Besides the participation of Snapfish, Apple wrote in an email that its online check-out service would add a "fast touch-to-pay" feature at physical terminals.

Last month, the iPhone maker brought a $30 discount on Instacart orders. Regardless of whether you are a new or an old customer, you are eligible to receive this perk.

The idea behind an unforgettable celebration is subjective and it depends on the person what would be the specific occasion to choose.

Apple Pay Promo is twice the fun when shoppers get their favorite items at the lowest price especially during the most special days for their mothers and fathers.

Tech Times reported in April that Apple launched its Mother's Day Promo in select shops around the country. At that time, we listed 1-800-Flowers, J.Crew, Uncommon Goods, and Zazzle as the best locations that you can visit to score a gift for your mom.

On the other hand, Apple gave away a $20 discount to customers who have purchased Adidas items during the Father's day deals.

Apple said in an emailed statement that products from YEEZY, Human Made, and Disney were not offered during the promotion. Still, lucky buyers have managed to buy products at Best Buy, Land's End, Dick's Sporting Goods, and Dunkin Donuts.