The Walking Dead star Norman Reedus talked about Death Stranding and his work with Hideo Kojima, specifically on his directorial style for the game.

In a recent interview with The Hollywood Reporter, the actor called Kojima's work as "genius' genius."

Reedus revealed he was not a big gamer, although he had his fair share of working for video games, such as lending his voice to make his iconic character, Daryl Dixon, alive in several The Walking Dead games.

However, his work with Hideo Kojima's Death Stranding is far more intensive, seeing as he had to work for years with the legendary game developer and wear a motion capture suit for several cut-scenes for the game. 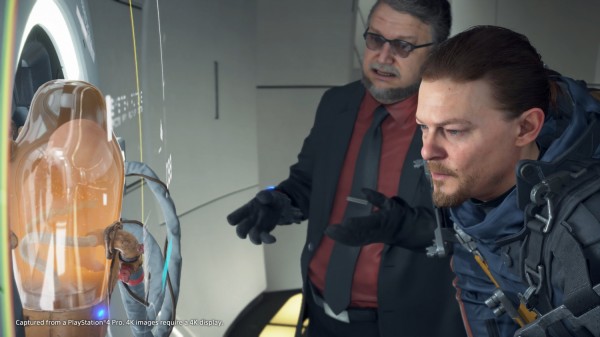 The actor also revealed that it was mostly just him and Kojima working on the scenes, saying that the director would give him a plastic doll, and would ask him to "cradle it and act like it's dead," then he would be asked to "act like it's alive."

"You stand up, and he goes, imagine there's a thousand dead whales in front of you, and you're like, 'What?!' His mind is on another level. He's a genius' genius," Reedus said.

After a while of working with Hideo Kojima, the TWD actor revealed that they have "transcended the language barrier" and that he would get it when the director frowned or made a face.

Reedus also talked about how he met the game developer in the first place, saying that it was through a certain Oscar-award winner that introduced him to Kojima--and it was none other than Guillermo del Toro, a Hollywood director most known for his work on Pan's Labyrinth and Pacific Rim.

The actor said del Toro was the one who called him and said there is someone who wants to do a video game with him and that he should "just say yes."

Although unsure of who he was referring to, Reedus agreed and knew it would be someone good.

He also said that it was Guillermo del Toro who first gave him his SAG card and his first acting job, that's why he trusts the director with everything.

The launch trailer has finally been revealed for the game, and it's eight minutes long. Over the course of three years, several teasers have been released slowly, but fans are still unsure what the story is about, and they are not alone.

Even Norman Reedus himself was unsure what it was about.