Snack World: The Dungeon Crawl Gold Western to be Released this Year?

Snack World: The Dungeon Crawl Gold Western Release is expected to release this year, but when on earth will we see that happen? The good news here is, players and fans of this game will not have to wait for too long! The game is said to be released for Nintendo Switch this Feb. 14, and it is the perfect gift for Valentine's Day! The game first released in Japan for Nintendo Switch was in April 2018.

Read Also: Digimon Survive Introduces Shuuji Kayama And Lopmon I Get To Know Them Here! 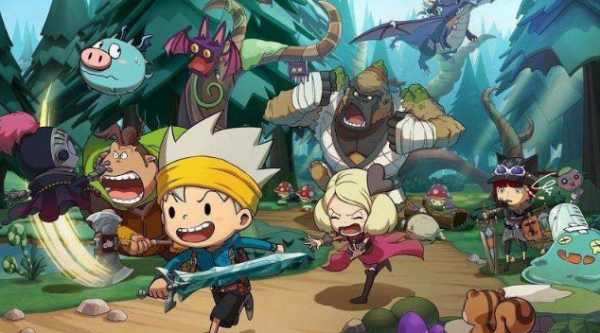 Play-asia is handling the pre-orders. If you find yourself wanting to save yourself a copy of this game, better punch in that pre-order as soon as you can before they get busy. Also, they ship worldwide so you would not have to worry about getting the game if you are in a difficult part of the world.

Is Snack World: The Dungeon Crawl Gold an expansion?

The original Snack World: Treasurers was first developed by Level-5, who was at that time known to be the makers of the famous Ni no Kuni franchise. Having already tasted a successful video game milestone, they aim higher with Snack World: The Dungeon Crawl Gold releasing it on Nintendo 3DS for a more portable gaming experience. Gaining popularity in Japan, The Snack World multimedia franchise had manga adaptations that were serialized in Shōnen Sunday Super and also CoroCoro Comic.

What the Snack World backstory is about.

A rogue-like RPG that has you making your way daringly crawling inside dungeons in search of unique and rare treasures as well as a personal quest for vengeance against the evil Sultan Vinegar who has brought mayhem to your village. To accomplish your mission, you would have to gather along in small teams of four and together make your way to defeat the enemies. Oh yeah, you will be able to do so in style because of the option of customization for your character.