Rainbow Six Siege 'Road to SI 2020': Everything you need to know

Road to S.I. 2020 is on its way for fans to experience this mid-season for the Tom Clancy's Rainbow Six Siege event. Celebrating an annual homecoming for being a hit multiplayer shooter game hosing competitive plays for a week with the top 16 teams fighting for the title of champion. Video game competitions have been gaining the mainstream attention, and Rainbow Six Seige is joining the group of these esteemed games hosting competitions to find out who is the best of the best. 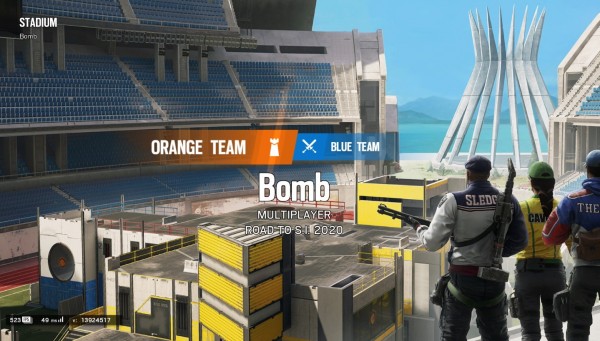 A new modeled theme around the Six Invitational with a new Stadium map and multiple cosmetic contents, this invitation has almost everything a player needs. A limited-time mode for the players of PlayStation 4, Xbox One, and PC is offered to fans of this game, which includes signatures from the Ranked play like the Pick and Ban system. Providing 35 tiers of rewards for both the "Free" and "Premium" tracks presents players Battle Passes for them to utilize fully.

Year in and year out, Ubisoft hosts great experiences for competitive players, and just like Ubisoft, Rainbow Six Siege is pushing players to become more competitive. The more competitive players become, the more gamers can see the potential of this game, which is also really important for Rainbow Six Siege. With an Olympic-style tournament, we can only expect the best from this event as professional gamers battle it out for the title of Champion!

Dates of the event are the following

Five weeks of competitive gaming should be enough for players to experience the full glory of Rainbow Six Siege's "Road to S.I. 2020"

The initial start was on January 15 and is seen to end on Feb.16, which currently puts players in the middle of this glorious event. The limited-time setting aims to bring a brand new flavor for current players to enjoy. It is nice to have something new every once in a while because the game can become over-familiar with some players who dedicate a good number of hours to master a certain map or setting. This allows players to rely on skill alone in an unfamiliar map setting.

The actual cost of a Battle Pass in Rainbow Six Siege

Originally, a Premium Battle Pass would cost 1,200 R6 Credits or 2,400, including a 12-tier advantage, but the good thing about this pass is the exclusive rewards and different charms, skins, and headgears that can be accessed for premium players.

The opportunity to be part of this event comes once in a while and should definitely be taken advantage of.