[WARNING:CLICK THIS, YOU WILL CRY] Mother Meets Dead Daughter: VR Bringing the Dead and Alive Together?

This is not a Korean drama with a tragic ending, but this video is truly heart-wrenching! This documentary by MBC, shows the reunion of a mom named Jang Ji-sung, and a virtual recreation of her daughter Nayeon.

Aired in a TV documentary in South Korea on Feb. 6, an unsettling reunion of a mother named Jang Ji-Sung, and a daughter was captured on video. The Virtual Reality recreation of the daughter Nayeon on VR was made just for that single episode, and viewers are left with mixed feelings about seeing this happen. 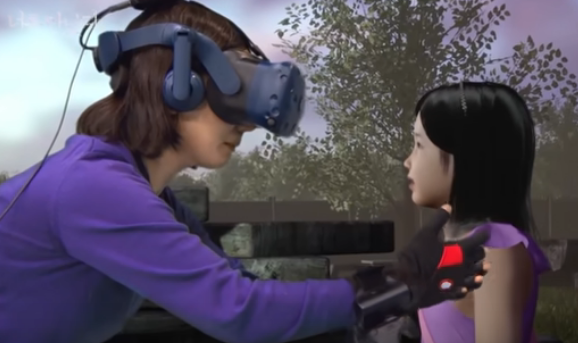 The production of Nayeon, the deceased daughter of Jang Ji-Sung

Aju Business Daily released a statement saying that the production of this particular virtual reality took everyone working on the project about eight months to build. This also included the development and audio engineering of her voice into reality. The whole documentary took about 10 minutes long, but it is already enough for viewers to feel strong emotions about this specific event.

There was a specific scene that really captured the hearts of viewers, and this was the birthday backdrop where the VR circulated around Nayeon's birthday.

It was the Middle East Broadcasting Company which first shared this video to the world. The video of Jang Ji-Sung meeting the virtual construction of her daughter Nayeon took the world by shock because of how emotionally full this video was. Peaking with overflowing emotions, the video made viewers feel mixed emotions, maybe positive or negative.

The gravity of the video

What really struck the hearts of people is Jang's reaction to the VR of Nayeon. Breaking down in tears and hesitant to even interact, Jang was overwhelmed with emotion by seeing a spitting image of her daughter in VR. Clearly, at first, Jang was hesitant and shocked, but throughout the video, she was painfully able to ease in and even interact with the VR Nayeon.

Jang's family was there when the scene unfolded, and they were witnesses to the authenticity of the whole scene. Watching from a distance, they shared tears as they saw Jang break down but slowly embraced the reflection of her daughter in VR.

The possibility for future VR

An article by Futurism gave their comments on the documentary saying that this could even become a norm. People talking to the deceased could become a whole different industry as there are already a couple of startups that are focusing on creating their very own versions of Nayeon, which is an avatar of the deceased. This also includes chatbots where the algorithm of the conversation is programmed to act like the deceased it is patterned on.

The process of creating this VR

Gathering the necessary data on the person is no easy task. There are pictures, videos, and audio clips to be compiled just to get enough data to virtually mimic the deceased while the use of machine-learning algorithms creates the personality of the avatar. This can be a very complicated process because the right algorithms have to be applied, and the right data has to be given just so that programmers and developers can have a glimpse of the deceased.