This New PS4 Video Game is as Creepy as 'A Quiet Place' Film; Here's How to Play 'Hunt: Showdown'

A new PS4 game is ready to be released starting on Tuesday, Feb. 18! Hunt: Showdown, a first-person shooter survival horror video game that was first launched in Steam in 2018, is now ready to set foot for PS4 gamers out there! Are you ready to find out whether you will survive on a game that requires you to be silent on the game or be silently dead forever?

'Shhh': New video game of PS4 needs you to quiet down to survive

On a blog posted by an official from the game's developer Crytek, PS4 will be the latest platform that the Hunt: Showdown can be played with, starting on Tuesday, Feb. 18. It was first launched on Steam, Microsoft Windows, and Xbox One from the latter years.

Hunt: Showdown is a zombie-hunting game that requires players to take down various zombie monsters that hunt humans in the world. This game is set in the late 1890s in Lousiana that is set to take inspiration from the classic video game called Darksiders that was made and developed by their predecessor, Vigil Games.

The objective of the game is quite simple but different compared to other zombie games. Players are required to listen to each and every sound that is made in the game and make decisions depending on the audio they heard from the environment like gunshots, monster sounds, and more.

"Distant gunshots, the scream of a Hive, the cawing of crows, the barking of mad dogs, or the crunch of glass just behind you: the sounds of the world are what will most reliably alert you to danger - and there is danger everywhere," written by Fatih Özbayram of Crytek.

A Quiet Place-Like video game can be played on PS4 starting on Feb. 18!

Since the game responds and focuses on the sound effects of its environment in order to survive, Hunt: Showdown can be possibly compared to the record-breaking film 'A Quiet Place' that has reached box-office worth more than $340 million in 2018. 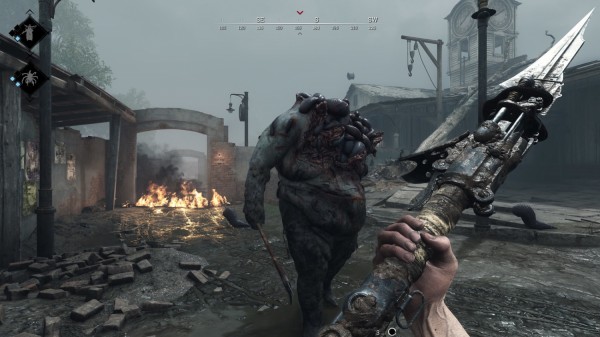 (Photo : Playstation)
This New PS4 Video Game is as Creepy as 'A Quiet Place' Film; Here's How to Play Hunt: Showdown

Unlike A Quiet Place, wherein humans need to stay quiet not to be heard by monsters, Hunt: Showdown requires you to quiet down in order for your competitors to not listen to you when you're about to kill monsters or hunt gifts from your surroundings.

According to the game's Audio Director Florian Füsslin and Lead Designer Dennis Schwarz, the game is designed to make its players have a full-audio experience that was built with the Hunt's soundscape's three pillars: feedback, immersion, and emotions.

"Sound is a big method player can use to track other Hunters, but it also inspires a sense of paranoia. When you hear sounds you know there are other players nearby, and when you make a sound, you know the others can hear you - it's all pretty tense, and it plays a big part in building the games' tone of supernatural horror," said audio director Füsslin on the blog.