Call of Duty Warzone Could Drop Any Minute Now! Tweet Suggests that 03/03 Be the Date of Launch for this Battle Royale Game

Call of Duty Warzone has been something fans of this franchise have been waiting for, and now with a little suggestive picture from Twitter, 03/03 could be the day! This Battle Royale mode game has been the talk of Call of Duty fans for quite a while now. Ever since the success of the earlier COD games, the loyal fan base has followed this game franchise to what now seems to be a whole new setting for COD with its Battle Royale mode. 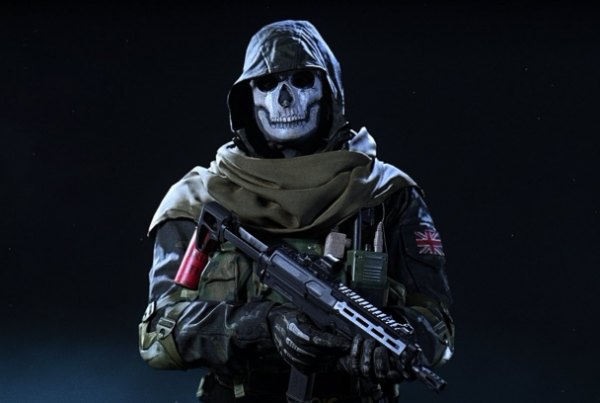 The only thing sure based on habit

One thing that has been noticed is that Call of Duty Modern Warfare usually drops their announcements at 5:00 p.m. GMT every single day, which is why if we are expecting this game to drop soon, that could be the perfect time for them to do so! Call of Duty Warzone has been on people's watch list for a while, and with the recent success of their mobile game, their fan base has grown even bigger!

The earlier COD games had a little more story within them, treating the game more of a first-person shooter RPG game than an online multiplayer shooting game! With the advancement of technology, first-person shooter games allow players to have even more fun by battling with other players instead of bots, which have become quite predictable for the experienced gamer.

The mainstream success of Modern Warfare has brought gamers together and has solidified more gamers to become fans of this franchise. Ever since Modern Warfare, this game title has been able to create pretty stellar games, which usually become classical favorites of players who enjoy the first-person shooter experience. Modern Warfare multiplayer has been the platform for inspiration for this upcoming Battle Royale mode.

Many games have been inspired by Call of Duty

The earlier Call of Duty games has certainly had a huge influence on the development of most first-person shooter games today with the heavy military-themed characters and guns close to real-life functionalities.

A recent Tweet has circulated with a suggesting picture

There has been a Tweet given to fans of the game uploaded on Call of Duty Warzone News account on Twitter, which has a picture of a crate with numbers "03/03" barely visible, but for fans who know this crate, they know what this is suggesting! Activision has not yet released the official statement on when this game is going to launch.

However, on Feb. 17, Video Games Chronicle has suggested that this new and exciting Battle Royale mode should launch a few weeks away and might even happen this early March.

Call of Duty Warzone takes an exciting new turn as the game has evolved with a Battle Royale mode for players to experience a whole new dimension to their favorite first-person shooter game.