Why are US Parts Still Used in Huawei Smartphones Despite Blacklisting?

Despite Chinese telecom manufacturers being blacklisted by the US government, a teardown of Huawei's flagship P40 phone has revealed parts from US companies like Skyworks and Qualcomm. This suggests that the Chinese company still relies on these components in the face of the ban. 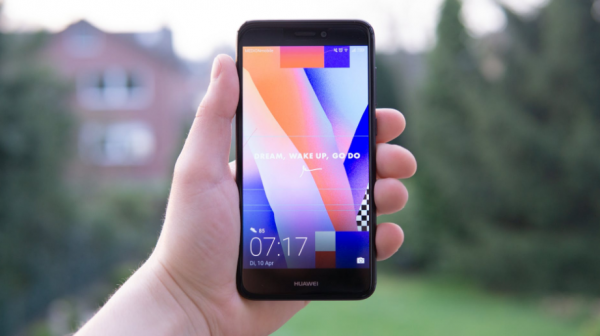 Read Also: How to Keep Your Kids Learning From Home? Here are the Best Tablets for Homeschooling Kids on Amazon!

They are still using components from the United States

It has been found that Huawei is still currently using US-made components on its newest flagship smartphone which a teardown from the Financial Times has found.

Huawei recently launched its new P40 smartphone on Thursday which is  the first flagship device the Chinese tech giant has released since Washington introduced sanctions and bans last May that forbids US companies from selling to China unless they are licensed to do so.

Huawei, which was accused by the Trump administration to have been spying for Beijing, was forced to look for different ways of replacing components from the US as Google is not allowed to supply its Android services to the Chinese company.

A P40 teardown was performed to further analyze all components

For comparison, the Financial Times did their research and took apart Huawei's P40 phone and last year's release of the P30--the latter was launched before US sanctions were implemented. This teardown was performed by XYZone, a Shenzen-based company, which specializes in disabling smartphones to identify and determine all various suppliers of their components.

There are cases and situations wherein phone creators sometimes use different kinds of components in distinct batches of the same smartphone, and the FT teardown that was made was modeled on one of the first and earliest copies of the Huawei P40.

The biggest revelation, however, was that some components from US companies were still used in the newest and latest smartphone from Huawei, even though the United States was all about preventing American companies from selling to big groups in China.

According to XYZone's teardown, three US chip companies, namely Qorvo, Skyworks, and Qualcomm produced the P40's radio frequency (RF) front end modules. These RF front end modules that are attached to the antennas are essential parts of the smartphone to make calls and connect to the internet.

According to claims from a person familiar with the tech company, they said that the Qualcomm component that was used is actually covered by a license from the United States Commerce Department. Though Skyworks and Qorvo did not have any  response to a request for comment by Ars Technica.

A technology analyst at a research firm Gavekal Dragonomics by the name of Dan Wang stated that "Huawei has shown resilience by replacing many US components over the course of a single phone-design cycle. Its continued use of Qorvo and Skyworks chips also shows that it's too difficult to break dependence on US technology."

The Entity List designation means that companies in the United States need to apply for a license to export any kind of U-based technologies to Huawei. This also means that the US government has granted a "temporary license" to its companies which enables them to sell components to Huawei. This helps clients like telecom carriers replace parts, if needed.

A spokesperson for Huawei released a statement saying that they have "always complied with any export control regulations of various countries, including the United States" and that "all the product materials are obtained legally from our global partners, and we insist on working with our partners to provide consumers with high-quality products and services."

Read Also: [Work From Home Essentials] How to Pick the Perfect Graphics Tablet for the Graphic Designer Working From Home