'Cooking Mama," a cooking simulation video game available on Nintendo Switch, is now being scrutinized after fans of the game revealed that the app is secretly mining cryptocurrencies. This weekend, a Redditor posted a complaint against the app saying that "Cooking Mama: Cookstar," heats up devices after it mines Bitcoin. Unfortunately, the post has now been deleted by Nintendo Switch.

Report: Cooking Mama not just for cooking food, it also cooks your Switch by mining cryptos 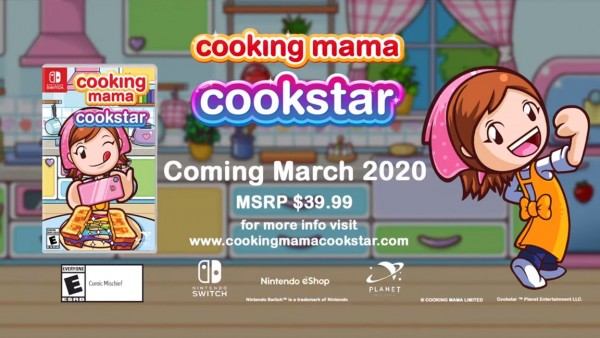 This weekend, cooking game "Cooking Mama" and its recent installment "Cooking Mama: Cookstar," went trending on social media. This was after fans of the game accused the Switch game of posing as a cryptocurrency mining technology. The speculations increased when more players of the game experienced difficulty while playing, while some insisted that their Nintendo Switch overheated when they opened the app.

The rumors were further fueled after Nintendo Switch deleted the app from its eShop -- just hours after its initial release on March 26. The company has not yet commented on their action. The developers, however, chose to release a statement on the matter:

"As the developers, we can say with certainty there is no cryptocurrency or data collection or blockchain or anything else shady in the code. The Nintendo Switch is a very safe platform, with none of the data and privacy issues associated with some mobile and PC games." they said in a statement. "This is a release from Feb 2019, and we presume hypothetical like most releases about blockchain are. Blockchain was never brought up to us developers, and we were entertained to hear about in late 2019. Not happening anytime soon."

How did the Cooking Mama-cryptocurrency controversy start?

The first person who reported the alleged crypto mining of "Cooking Mama" was from Reddit. With its title "WARNING! Cooking Mama: Cookstar uses your Switch to mine cryptocurrency. DELETE IMMEDIATELY," the post already had 59 comments after Nintendo Switch took it down.

As speculated by most players and this Bitcoin trading site, "Cooking Mama: Cookstar" was being used by third parties to mine cryptocurrencies without players' or developers' knowledge.

As was said on the PSA published on Twitter, Planet Entertainment -- that has access to Cookstar's publishing -- does not know that there were third parties mining cryptos on each of the player's devices.

On April 6, "Cooking Mama: Cookstar" posted on their Twitter account that everything in the game is under control. The page did not offer any explanation on the crypto mining issue. It said that North America and European stores would have first access to the game despite Switch's cancelation.

We know that Cookstar fans are anxiously awaiting for the game to appear in the eShop. As everybody is aware, the whole world is upside down with delays right now. At Planet Entertainment, we are as anxious as you for the digital download to be available! — Cooking Mama: Cookstar (@CookstarMama) April 6, 2020