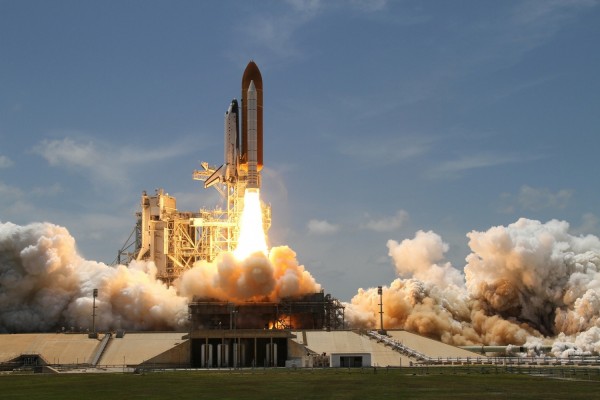 British-built spacecraft BepiColombo has taken captivating photos of Earth during a near flyby of our planet.

Images and video of the moment the craft flew 7,900 miles (12,700 kilometers) above the South Atlantic Ocean have been beamed to the European Space Agency's headquarters in Germany.

The maneuver is part of the spacecraft's seven-year journey to Mercury. Various camera angles stuck the transit from differing perspectives.

Spacecraft's mission to end by 2025

BepiColombo's five-billion-mile odyssey started in October 2018. The National Aeronautics and Space Administration (NASA) said the mission could end in 2025, following two flybys of Venus and six of Mercury itself.

BepiColombo will place two probes in 2025: one European and one Japanese studies in orbit around Mercury, the least explored planet in the solar system.

Professor Emma Bunce from the University of Leicester's School of Physics and Astronomy told DailyMail each planetary encounter in the next few years slow BepiColombo down to orbit around Mercury in 2025.

BepiColombo has a range of complicated equipment to help study Mercury but also has three cameras attached to the hull of the spaceship.

These cameras supplied the view of Earth, visible as a rotating sphere in the video.

The spacecraft has a high-resolution scientific digital camera onboard the Mercury Planetary Orbiter (MPO) in addition to the three tracking cameras.

However, the camera is connected to the Mercury Transfer Module (MTM) and will become available after the two segments of BepiColombo - the Mercury Planetary Orbiter (MPO) and the Mercury Magnetospheric Orbiter (MMO) - have detached.

The former will observe the planet's magnetic field in addition to its interactions with the Sun, and the latter will map Mercury in perfect detail.

'[This launch] is an important milestone for the mission, and for the instrument onboard,' Professor Bunce, who helped construct the device on BepiColombo, said of the flyby.

One piece of device onboard, the Mercury Imaging X-ray Spectrometer (MIXS), was built by the University of Leicester and funded through the United Kingdom Space Agency.

The instrument will work alongside a second spectrometer, referred to as SIXS, to examine surface composition through fluorescent X-rays when it arrives at Mercury in December 2025.

ESA said the maneuver, programmed ahead had to be prepared with limited on-site personnel, amid the social distancing measures adopted by the agency in response to the ongoing coronavirus pandemic. However, the space agency said the restrictions had no impact on the operation's success."

“These selfies from space are humbling, showing our planet, the common home that we share, in one of the most troubling and uncertain periods many of us have gone through,” – Günther Hasinger, ESA Director of Science pic.twitter.com/5zlxsS9zp9 — ESA Operations (@esaoperations) April 10, 2020

The spacecraft, dubbed "BepiColombo," is a part of a joint project between the European Space Agency and the Japanese Aerospace Exploration Agency. BepiColombo whizzed around Earth at an altitude of almost 7,900 miles above the planet's surface as it continued along its complicated route to Mercury.

One aim of the project is to assist scientists in apprehending how Mercury - and, in turn, the entire solar system - shaped.

ⓒ 2021 TECHTIMES.com All rights reserved. Do not reproduce without permission.
Tags: ESA BepiColombo
Most Popular