[RUMOR] Is Nintendo Working On A Dual-Screen Hybrid?

When Nintendo launched its video game console Nintendo Switch in March 2017, it made the video game company even more popular with those who used to play their games in the 80s and 90s, as well as to a new generation of younger video game enthusiasts.

The portable Nintendo Switch proved to be such a hit, selling almost 75.17 million units around the world. And now, something exciting may be happening to the well-loved console. According to a report from Extreme Tech, there's a rumor going around that Switch players may soon enjoy the popular game in a dual-screen switch hybrid. But how possible is this scenario? 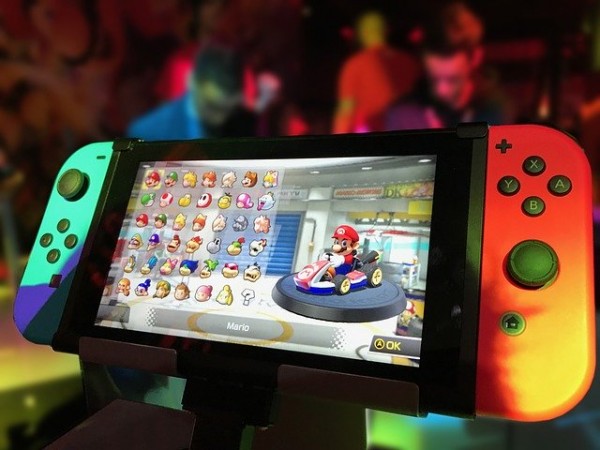 (Photo : Pixabay)
Nintendo Could Work On A Dual-Screen Hybrid! Here Are The Things You Need To Know About The New Theory!

According to the statement given by Mike Heskin, a vulnerability researcher and reverse-engineering enthusiast, the latest Switch firmware 10.0.0 contains some interesting clues about future mode features, including a new hardware model type, "nx-abcd."

The original Nintendo Switch console was codenamed "NX" which uses the code "ABCB," so a new model somehow follows this format. Another interesting point is that there have also been references leading to a secondary display.

Is Nintendo really working on a dual-screen hybrid? Or is this just a rumor?

The report also said that the theories are about the second screen that might be included in the 3DS/DS emulation of the console. Or it could also be a new streaming mode which will allow content to be streamed by players from their Switch to their TVs. According to the report, the theories are completely plausible.

(Photo : Pixabay)
Nintendo Could Work On A Dual-Screen Hybrid! Here Are The Things You Need To Know About The New Theory!

The theory considers the 3DS as one of the crucial factors for the Nintendo Switch dual-screen hybrid to happen. The original console packed a dual-core rated at 1.25 DMIPS/MHz, while the Cortex-A57 is rated between 4.1 to 4.76 DMIPS/MHz.

The new 3DS of the console includes a quad-core ARM11 CPU at 804MHz and maintained the same ARM9 core at 134MHz. The old and new versions both use the same PICA 200 GPU core at just 268MHz.

The new 3DS has a faster CPU compared to the old one, but still uses an identical GPU. However, the Maxwell-era GPU inside the game's console is faster compared to the previous one, which can also support DS games without any trouble.

Using the Nintendo Switch console as a reverse Wii U might require buffing a very different section of the hardware. Extreme Tech said that the game can be played in a dual-screen hybrid console if Nintendo will increase the power budget on their new console.