Samsung to Focus on Cheaper 5G Phones to Boost Its Sales

To recover from the loss in the first quarter of 2020 due to coronavirus pandemic, Samsung will focus on releasing affordable 5Gsmartphones throughout the year.

Globally, smartphone sales have dropped by 13.3% in the first quarter. According to Strategy Analytics, In February, only about 60 million units were sold, which was a 38% decline from last year's 99.2 million units. However, global sales are likely to drop further by 10% this year due to the pandemic.

This has prompted Samsung to focus on cheaper smartphones to encourage the market to switch their phones without breaking the banks.

There is also growing speculation that the rest of Samsung's A-series will be budget-friendly 5G phones.

The tech giant Samsung has been strongly supporting the development of 5G smartphones since the release of its premium devices like Galaxy S10 5G, Galaxy Note 10+ 5G, and Galaxy A90 5G.

Comparing the prices of this new line of affordable 5G smartphones, apparently, Samsung has slashed the price of its 5G smartphones by 62% in just 11 months. Last year, Galaxy S10 5G, the first Samsung 5G smartphone, was priced at $1299.99.

Meanwhile, these new Samsung models and other upcoming affordable 5G smartphones will be launched in all countries with 5G networks. In addition, the South Korean smartphone company will continue to launch new Galaxy A and Galaxy M series devices in all markets in a bid to recover from the sales decline. 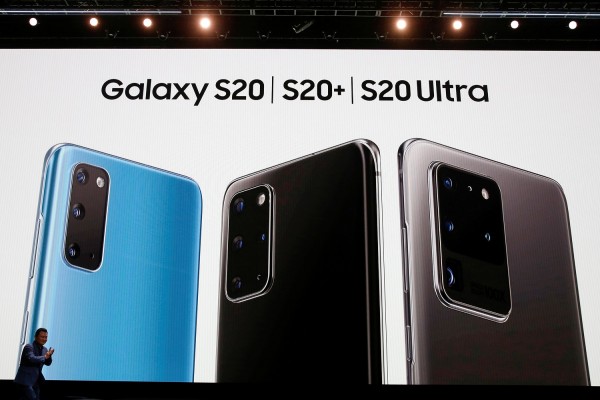 The sales of Samsung Galaxy S20 series phones have been significantly lower than what the company had expected. A new report by Seoul Economic Daily suggests the Galaxy S20 trio only sold roughly 60% as much as the Galaxy S10 series within the same amount of time on the market last year.

While waiting for the new Samsung line-up, you may want to check on these affordable 5G smartphones.

The OnePlus 7 Pro 5G was one of the first phones to support a 90Hz refresh rate on its display. A popup front camera lets the screen flow to every edge of the phone, and a faded blue color scheme on the back makes this a cool looking phone. It does not lack the power either with a Snapdragon 855 and 8GB of RAM. The OnePlus 7 Pro has a 5G variant on Sprint that costs $840, which is cheaper than 5G phones from LG and Samsung priced at $1,000 and above.

The successor of 2018's Motorola Moto Z3, Moto Z4, can connect to 5G using a Moto Mod modular accessory, which attaches to the back of the phone using magnetic pins. The Moto Z4 phone is sold at $499 plus the Mod, which costs $350.

The Chinese brand Coolpad will launch its first 5G phone, the Legacy 5G, in the second quarter of 2020. At less than $400, it will be one of the cheapest 5G phones on the market. The Legacy operates on a sub-6GHz spectrum and can be used under 5G networks T Mobile, AT&T's, Sprint's network, and other rural carriers.

ⓒ 2021 TECHTIMES.com All rights reserved. Do not reproduce without permission.
Tags: Samsung 5G
Most Popular