Sony's Playstation 5 and Microsoft's Xbox Series X are just around the corner, and gamers all over the world are chuffed to see the two tech giants go head to head with their next-generation consoles.

Triple-A games and their graphics performances plus loading times are just a few of the main features when it comes to new console technology. However, one should always take into account the controllers that come with these and how picking the right one can be a literal game-changer. 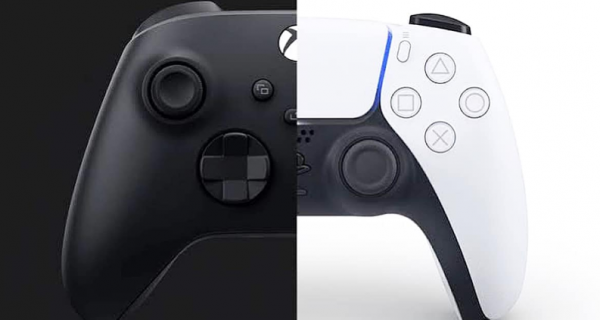 Both Sony and Microsoft have already revealed their next-generation controllers and each one of them is taking a different approach. Microsoft decided to focus on familiarity and accessibility, while Sony redesigned their controller, including adding new features that the company thinks will enhance the gaming experience.

When it comes to design, both companies took different routes. Sony completely steered away from its traditional design and came up with an entirely new concept, while Microsoft doubled down on their current design.

Tech Radar said in their report, "The immediate change you'll notice with the PS5 DualSense controller is in its white coloring, something restricted to limited edition PlayStation controllers in the past, while the central part of the controller remains black. While the analog sticks are in the same place, the face buttons are no longer colored which gives the controller a more premium look."

As for the Xbox Series X's controller, it has a remarkable feature that allows it to send information from the controller to the console more frequently to give way for actions to better match up with the screen. This means that it will shave off milliseconds on the response time with the Dynamic Latency Input.

The controller will work with the same Xbox Wireless Radio or the old Xbox One, and will continue to offer Bluetooth compatibility which will make pairing instantaneous.

The DualSense may have the upper hand here as it offers more player-facing technology along with the haptic feedback feature and Bluetooth connectivity.

"This technology, built into the game's triggers, will allow players to feel in-game actions like pulling back the string of a bow or walking or driving through thick mod through the triggers. It sounds very impressive, and recently Mike Bithell, developer of Thomas Was Alone and John Wick Hex suggested the controller might let you feel individual drops of rain," Tech Radar's report said.

The DualSense controller also has its own built-in microphone, and the company says games will be able to use this feature to communicate with friends online without having to use a gamepad.