Sega announced on Tuesday, May 26, the exact launch and pre-load timing for its popular MMORPG Phantasy Star Online 2 (PSO 2) on computers for the North American release, according to Forbes. 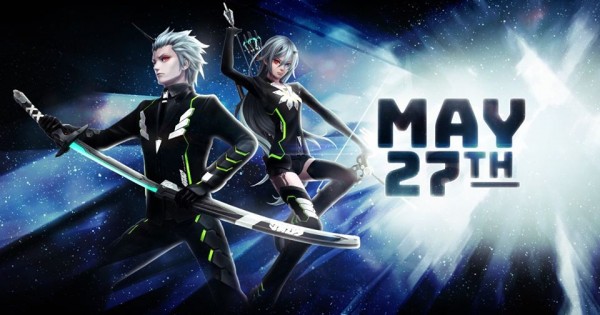 The official PSO2 account tweeted on Tuesday that players can already begin downloading and installing the game from the Windows store. If it will be similar to the Xbox One's pre-load period, there will be no servers shown active when launching the game which prevents players from creating a character and playing even after the game opens up.

However, players can officially begin playing PSO2 on PC at 5:00 a.m. PT on Wednesday after scheduled server maintenance, which is early for a launch time.

According to a press release published in MMORPG, the PSO 2's North American version will include fully localized text and character voices and will cover three years of content. Aside from the immersive original PSO2 story, the North American release will also feature the most updated "balancing and quality-of-life improvements from the Japanese service."

These would allow players to choose among the four races and nine classes while tackling various missions. They can also choose to play in one of the many Casino mini-games, rest in the Alliance Quarters, compete in the new ARKS League, or attend all-new live stage events. More importantly, they will be able to play with friends on both PC and Xbox One with its cross-platform feature.

Meanwhile, Forbes exclusively divulged the launch date for PSO2 PC last week when it was reported that PSO2 is not like most Massively Multiplayer Online games (MMO) available in the market.

Aside from its colorful and extremely peppy tone with action-packed RPG gameplay, it has a futuristic take on roleplaying instead of just the traditional fantasy.

PSO2 TEAM North America's Head of Marketing Fred White acknowledged the huge fanbase of the game who are waiting for the PC version. "We're thrilled to announce the long-awaited arrival on PC," said White said in a statement.

Also, instead of using wide explorable zones or open-world format, it has smaller mission zones and is more focused on achieving the objective. Forbe's David Jagneaux said PSO2 is a combination of Devil May Cry and Monster Hunter with a sprinkle of anime.

Meanwhile, Sega also announced PSO2's first in-game collaboration since the launch with Hatsune Miku. The collaboration began last week on Xbox One with special items already available from Scratch Ticket Terminals. Using Arks Cash Scratch Tickets can turn out aside from the Sonic-themed costume packs after Hatsune Miku, Kagamine Rin and Len as well as Megurine Luka. These include clothes and accessories as well as live vocaloid performances.

Similarly, PSO 2 was first publicly released on Xbox One in North America last month. Instead of having connected zones in a large open world like most MMOs, PSO2 is more lobby-based. Players connect with other players in the central meeting area andthen proceed on expeditions and missions. These occupy small zones that are "heavy on action and light on exposition," Jagneaux said.

The PSO 2 on PC will be available for exclusive release from the Microsoft Store.