Trump's Executive Order: Twitter Also Fact-Checks China; Now, They Can't Do That in the U.S. Anymore

United States President Donald Trump has signed the executive order meant to "defend the free speech" from social media on Thursday, May 28. Upon his signing, reports also notice another government official from China that got his tweets about Coronavirus, labeled with "get the facts about COVID-19." 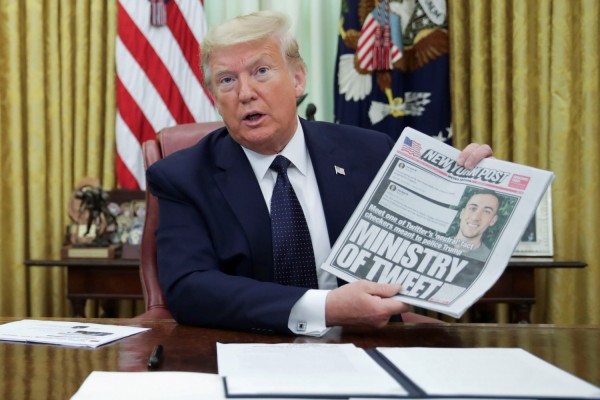 Early Thursday, May 28, Tech Times reported that several reporters from the White House had an insight into a possible executive order that will be signed by the President, later that day. The said E.O. is now finally signed by Trump.

"We're here today to defend free speech from one of the greatest dangers," Trump said before signing the document.

This means that if you wanted to sue someone on writing hateful stuff on Facebook, the social media platform cannot be held legally for the post-- as they are not considered as the publisher or editor. But they can still remove content that is considered obscene, harassing, or violent.

However, this right was said to be overused by tech giants in the online world.

Trump, for one, accuses social media of having "unchecked power to censor, restrict, edit, shape, hide, alter, virtually any form of communication between private citizens and large public audiences."

The practice is un-American, says POTUS 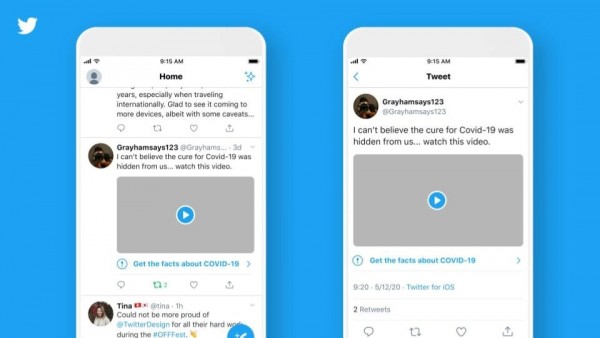 (Photo : Handout on Reuters )
Trump's Executive Order: Twitter Also Fact-Checks China; Now, They Can't Do That in the U.S. Anymore

"In a country that has long cherished the freedom of expression, we cannot allow a limited number of online platforms to hand-pick the speech that Americans may access and convey on the internet," the order says. "This practice is fundamentally un-American and anti-democratic. When large, powerful social media companies censor opinions with which they disagree, they exercise a dangerous power."

Since the issue of fact-checking by Twitter gets controversial, another government official-- now from China-- has recently been fact-checked online.

Not just Trump, China's foreign ministry spokesperson Lijian Zhao was also fact-checked on his several tweets about U.S. involvement in originating the Coronavirus.