A surveillance video in Michigan was posted on Facebook by a restaurant owner shows how his store got damaged in a looting incident. He aimed to capture those suspects on the video. Shockingly, most of the Facebook users identified some of the looters and now arrested them for breaking the restaurant.

Caught-on-cam! Looters arrested after Facebook users identify them on video

Jeff Lobdell, owner of Sundance Grill and Bar in Michigan, recently posted a video on Facebook, looking for the perpetrators that damaged his store during George Floyd protests.

Lobdell says that 10 to 12 people break in inside his store, damage the windows, and steal, causing serious physical damage.

To capture all of them, his account and the page of Sundance Grill and Bar, posted the surveillance video of what happened. Interestingly, Facebook users identified some of the people on the video and gave out tips on where to find them or give their real names.

After a few days, two of the looters caught on cam were arrested in the downtown area. The Grand Rapids and Wyoming Police Department focus on having the positive identification of those arrested.

"Your efforts are paying off! At least two suspects who broke out windows in the downtown area are in custody. A positive ID has been made by court officers on one of the male subjects who reside in the area in our surveillance video," posted by Sundance Grill and Bar.

Store owners united with the protests despite several looting incidents 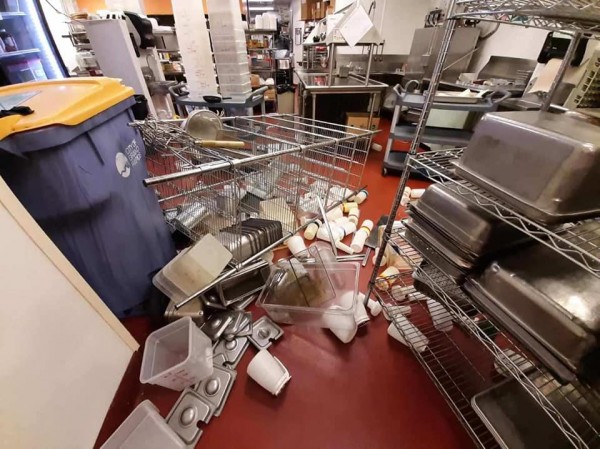 Despite the several looting incidents reported all over the United States, the Michigan restaurant owner still unites with the protests against the arrest on George Floyd, the black American that died due to lack of oxygen after being pinned down by officers.

He said that his store invited several volunteers to clean and fix his store after posting the video online. And of course, that's a good thing.

"There was some joy in everybody working and seeing each other -- and then we were victims of some horrible vandalism," Lobdell explained. "And it wasn't just the Sundance Grill downtown. It was hundreds of other businesses that were really ransacked, windows shattered. It was not a good thing, but there were some good things that happened Sunday morning."

Not only the Sundance owner had this same positivity, other store owners that got looted on the event also showed unity with the protesters.

"Small businesses shouldn't have to pay for the anger that is being caused right now," said Anthony Galindo, who co-owns a phone repair business in Los Angeles called Broken We Can Fix It that was burglarized over the weekend. "We all support the cause and the protest. We're just collateral damage from the rioting."

ALSO READ: Why People's Faces in Protest Photos Should Be Blurred Before Posting Them on Social Media