The Future of Gaming Sony PlayStation 5 event has recently wrapped up, and gaming fans can't contain their excitement not just because we have finally seen what the next-gen console looks like, but because some of the most highly anticipated games have also been announced for it. 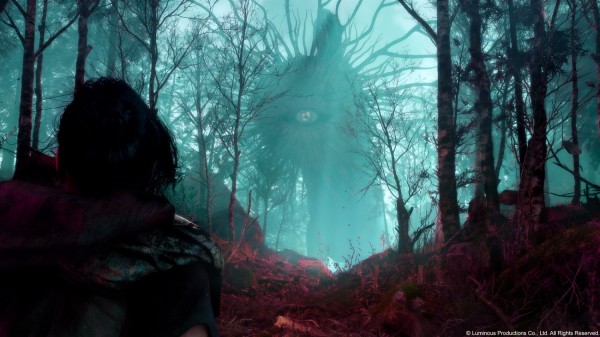 For fans of Square Enix, the second part of Final Fantasy VII Remake is not yet finished and hasn't been announced yet, but they do have a new game in development with Luminous Productions dubbed as Project Athia.

The teaser trailer was shown during the PS5 event.

In a blog post, Project Athia's director, Takeshi Aramaki, wrote that the team behind it aims to "create completely new and fresh gaming experiences that fuse together the latest technologies with art" and that they were able to achieve that with PS5.

"Project Athia will take you on a thrilling other-worldly adventure - it is going to be action-packed and at times twisted, tempestuous, and forbidding," Takeshi wrote. "It is a journey that we want to feel as much yours as it is our protagonists."

Not much has been said about the new game, but the director described it as "filled with beauty and dismay."

The Return of Ratchet and Clank

Insomniac Games has finally announced the game, which is the sequel for the 2016 remake/reboot of the series, according to IGN.

The game announcement was followed by an extended gameplay look during the Future of Gaming PS5 event, allowing the fans to see the work Insomniac has put on the game and the series so far.

They can travel to different dimensions mid-game seamlessly, thanks to the next-gen console's ultra-high-speed SSD.

A PlayStation Blog post also boasts the experience with the new DualSense wireless controller that will bring the game to life, especially the combat sequences, thanks to its haptic feedback as well as the adaptive triggers that the controller features.

The Final Worlds of Assassination Title

Meanwhile, fans of the action stealth Hitman series from IO Interactive will get to play Agent 47 once again in his "most intimate and professional contract" ever on Hitman 3.

The game will bring players to different places like Dubai, to complete the contract.

According to GameSpot, IO Interactive confirmed that the game would be the final title in the World of Assassination trilogy.

The charm of Hitman 3 is that it allows you to have freedom in how you take down the targets, such as creating "accidents," blending in with the crowd, or using disguises to accomplish your goal.

Besides PS5, the game will also be released on PS4, Xbox Series X, and on PC.

Lastly, Guerilla Games is coming to PS5 with the arrival of Horizon 2: Forbidden West, the sequel to the highly acclaimed action-adventure title, Horizon: Zero Dawn that was released on PS4.

Aloy is back, and the story continues where it left off on the first game, with her moving west to where a new journey awaits.

The game is not only known for its fantastic story and gameplay, but with the unique environment filled with Machines that look like prehistoric creatures.