COVID-19 has prompted the tech industry to postpone or reconsider big tech conferences in 2020, including the Worldwide Developers Conference (WWDC) in California. This year, instead of a big, in-person gathering, Cupertino will show off what's next for iOS and macOS via live streams. 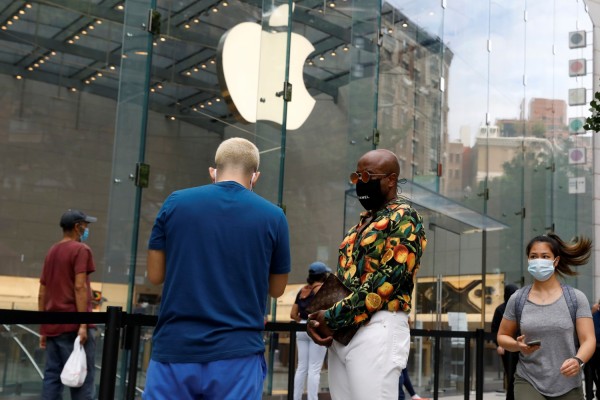 How to Watch Apple's WWDC Keynote

A session "State of the Union" will be available on request for developers starting at 2:00 p.m. PT on Monday, June 22. Apple will publish technical and design-oriented courses taught by Apple engineers on the Apple Developer app and web site beginning Tuesday. Apple will also host around 100 one-on-one developer laboratories upon appointment.

Host and writer Max Weinbach, tech analyst Jon Prosser, and XDA Developers suggested that no new gadgets would be unveiled at the four-day event.

Looking like any possible hardware has been scrapped for WWDC tomorrow

Might be wrong about this one. Would love to be wrong!

I had two sources tell me no hardware for WWDC tomorrow. They aren’t on WWDC related teams but heard it through the Apple grapevine. I’d take this with a grain of salt, but thought it was worth mentioning. — Max Weinbach (@MaxWinebach) June 21, 2020

They aren't the first to speculate that there wouldn't be any major product revelations. Mark Gurman of Bloomberg has also said he didn't expect any hardware announcements.

Gurman said the address will likely be all about software upgrades, which will set the stage for several new hardware devices this year. These include a new Apple Watch, four updated iPhones, the latest HomePod and Apple TV box, and improvements to the iMac and MacBook Pro, which have already been announced.

WWDC is mostly a software-driven show, with Apple demonstrating what's next for its mobile and desktop operating systems. At WWDC, we usually get a sneak peek of the next iOS, watchOS, and macOS versions. Apple releases developers' OSes so they can tinker with them sometime this summer, before a beta release.

This is what the gossip mill has to say before then:

Every year the iOS is a constant player on the WWDC table, and at this year's developer conference, Apple is expected to unveil the iOS 14. Rumors say that the new update would improve multi-tasking functionality, introduce a new interface for the home screen, revamp augmented reality applications for the iPhones. There is also a study that says Apple could rename the iOS to iPhone OS this year.

While specific details about the iPadOS 14 are unknown, The Verge reported the software will refine the tablet experience for Apple iPad users.

A report from 9to5Mac said Apple is planning to remove the Messages app entirely on macOS. Meaning, Apple will bring the same functionality from iOS and iPadOS to the Mac.

MacRumors has a complete overview of new features that are reportedly coming to watchOS, including parental controls, watch face configurations sharing, and blood oxygen tracking.

Apple could discuss plans to drop Intel chips on Mac computers at WWDC for ARM-based processors, reports Bloomberg. The announcement would give developers from third parties time to optimize their ARM-powered Macs apps, which are scheduled to arrive next year. It would also mark the first time that Apple has directly designed the processors within Mac hardware, having relied on Intel, PowerPC, and Motorola chips.