NetherRealm Studios seems to have Mortal Kombat and Injustice games of the next generation planned if there is any sign of a recent job posting. 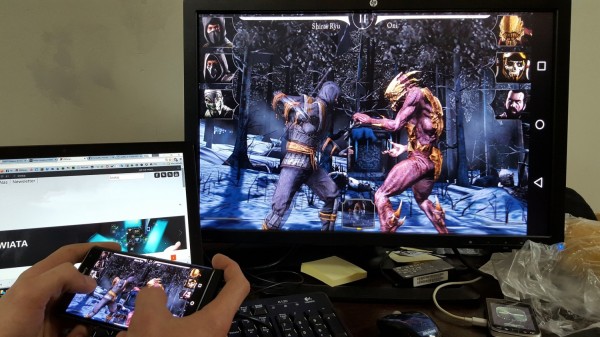 While job listings are not a direct confirmation of any games in development, they do at least tease that the works contain potential titles.

Microsoft could also have another next-gen console up its sleeve, in the form of the Xbox Series S, which has gone under the Lockhart codename in recent rumors.

The Game Post initially discovered the case with a recent job listing of NetherRealm on the WB Games career site. The job in question is for a principal graphics software engineer.

"NetherRealm, a division of WB Games Inc., seeks a Principal Software Engineer - Graphics to drive the next generation console graphics vision for the Mortal Kombat and Injustice franchises," the job listing reads. "As a Principal Graphics Engineer, you will work closely with the Lead Engineer and the rest of your peers to develop state-of-the-art graphics technology for the PS5 and Xbox Series X."

NetherRealm announcement for next-gen Mortal Kombat and Injustice games is not surprising. Both fighting game franchises have found critical and financial success, so it makes sense to have a PS5 and Xbox Series X version. In 2017 the last game of Injustice, Injustice 2, was released with the latest set of Mortal Kombat, Mortal Kombat 11, released just last year.

NetherRealm may end up being owned by a new corporation as parent company AT&T is selling the Warner Bros. Interactive Gaming Entertainment Group. This division includes studios such as Avalanche, NetherRealm, and Rocksteady.

At the recently announced DC FanDome, WB Games is expected to disclose some news about its upcoming video games. If NetherRealm is willing to show off a new set of injustice, this would be the spot. Still, given that the company is trying to recruit staff for both the series of Injustice and Mortal Kombat, it seems impossible. NetherRealm recently finished work on its Mortal Kombat 11 story expansion, Aftermath.

Microsoft continues to lay the groundwork for the next version of its premium gaming console, Xbox Series X. The ambitious next-generation system targets improved visual fidelity and efficiency, expected later this year to reach store shelves.

Although the attention of Microsoft currently lies with Xbox Series X, the possibility of an affordable, lower tier is still circulating. Word of the platform has been circulating for years, intended to satisfy the budget-conscious consumer with some of the advancements that its sister console has received. With the "Series" moniker leaving room for models beyond an X-tier, Microsoft's positioning of the next generation supports the theory.

The "Xbox Series S" seems increasingly feasible, with a recent trademark filing indicating additional groundwork for console support. As reported by Generacion Xbox, Microsoft has secured the name "Xbox Series," with the existing Xbox Series X trademark. While the filing does not guarantee new products, the current Series X also fuels speculation around the unannounced device.

The latest Microsoft is likely to lead the market in terms of graphical prowess. Still, premium hardware doesn't come in cheap. The pricing of Xbox Series X and PlayStation 5 remains unknown, as a factor likely to play a crucial role in either console's appeal. The recent release of Sony's PlayStation 5 also included a "Digital Version" that cuts the disk drive, leaving a well-defined place in the lineup for Microsoft.