The newly-released PlayStation 4 (PS4) adventure video game proves that adults cannot easily leave their childhood memories. The reason behind this is that a new Spongebob Squarepants game is up on the console. Spongebob Squarepants: Battle for Bikini Bottom Rehydrated, released its trailer today, June 23 has already gained fame, made for children, but played for adults.

This new PS4 game proves adults are still children inside

Remember the times when you wait for breakfast while watching your favorite episode of 'Spongebob Squarepants'? On Tuesday, June 23, the cartoon series have proved that the fame of the yellow sponge can still catch millions of players and fans in an instant time.

Just like in the original story of the yellow sponge, the main enemy on the game is the Krabby Patty secret formula-stealer Plankton.

Swarms of Plankton robot armies will be designed to stop you from achieving the goal of defeating Plankton's evil plans. This game has a brand new multiplayer horde that can accommodate up to two players, both perfect for online or offline gaming. So if you have a kid at home, this game might be the best option to bond with your children once in a while.

15 kinds of robots on your way 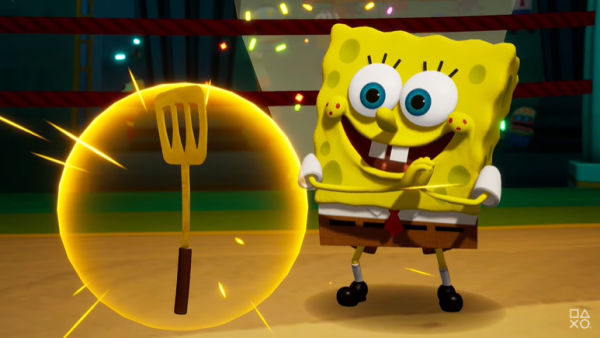 Aside from Spongebob, other characters from the game such as Patrick Star, Sandy Cheeks, Squidward Tentacles are going to be your partners in defeating all the robots. Unfortunately, it is not going to be easy. There are 15 types of robots to look out for. These are Ham-Mer, Tar-tar, G-Love, Fodder, Monsoon, Chomp-bot, Bomb-bot, Bzzt-bot, Arf, Arf Dawg, Sleepy-time, Tubelets, Chuck, Slick, and Duplicatotron 1000.

Different adventures and obstacles will be faced by the Bikini Bottom friends and sea creatures. So make sure to keep an eye of each of your teammates during the game.

When the gaming world celebrates the new Spongebob game, the newest "SpongeBob Movie: Sponge on the Run" will be skipping its theatre showing in the United States, due to the pandemic.

"We are thrilled to have 'The Spongebob Movie: Sponge on the Run,' a premier, first-run movie from one of ViacomCBS' biggest brands, join CBS All Access' expanding slate of franchise content from across ViacomCBS," Marc DeBevoise, the chief digital officer at ViacomCBS, told the publication. "This launch will be perfectly timed with our continued expansion and planned rebranding of the service in early 2021, as we welcome SpongeBob and the gang from Bikini Bottom to the service in the biggest way possible."

This Spongebob movie was already the third movie from the cartoon series, so far. "The SpongeBob SquarePants Movie" was released in 2014 while The SpongeBob Movie: Sponge Out of Water hit theaters in 2015.