‘Doomscrolling’ Could Break Your Mental Health; Experts Say It Can Also Be a Force for Good

Dragging a bit today because you stayed up too late thinking about all the bleak coronavirus pandemic implications? A word to describe this self-destructive activity has now emerged: doomscrolling. 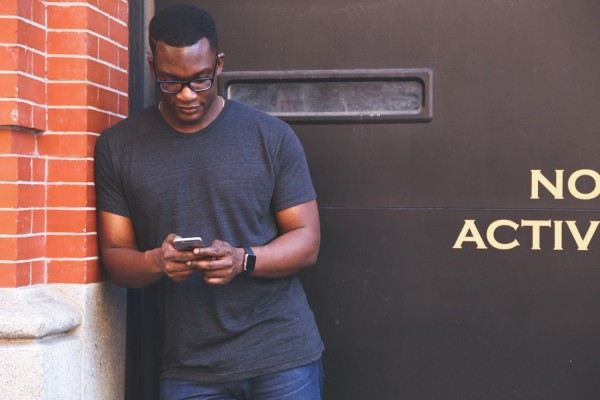 As demonstrations against racial inequality and police violence since George Floyd's death have joined the COVID-19 crisis in the news cycle, doomscrolling is gaining in strength. The relentless flow of news and social media never stops.

Doomscrolling has gained traction after it was featured in a recent article by the Los Angeles Times about how current events brought a new lexicon of terms into our lives.

Mark Barabak of The Times described doomscrolling as "an excessive amount of screen time devoted to the absorption of dystopian news."

The Times can not be credited with inventing the word, though. Quartz author Karen Ho has frequently posted updates on Twitter--often between 11 p.m. and 1 a.m.--to quit doomscrolling and go to bed. As Ho pointed out, she noticed the use of the phrase on Twitter in an October 2018 post - and the word could possibly have online roots much earlier than that.

However, late-night scrolling is nothing new. The only thing to be binge-watched now is the collapse of the world into crisis: coronavirus deaths, unemployment levels, street demonstrations marching for social justice every day. There are infinite reasons, and one click away always feels the promise of some response, or maybe even some good news.

Also Read: Reddit Now Lets You Report Users Who Might Be at Risk of Suicide; Here's How to Detect Emotionally Distressed Users

Is doomscrolling a good or a bad thing?

For years, people have questioned the net benefits of platforms such as Twitter and Facebook. While some studies have found social media can have positive effects on mental health when used responsibly, it can also lead to anxiety and depression. And that's just the product of looking at so many brunch photos or celebrity gossip.

Add a global pandemic and civil unrest--and the prospect of incentivizing social networking networks to drive trending topics into your feeds--and the issue heightens.

According to Nicole Ellison, who studies communication and social media at the University of Michigan's School of Information, people engage in these more narrow, immediate survival-oriented behaviors during these kinds of situations.

"Combine that with the fact that, socially, many of us are not going into work and standing around the coffee maker engaging in collective sense-making, and the result is we don't have a lot of those social resources available to us in the same way," she told Wired.

However, the doom and gloom is not necessarily the responsibility of the media. Mesfin Bekalu, a research scientist at Harvard's T. H. Chan School of Public Health's Lee Kum Sheung Center for Health and Happiness, states that while a lot of news is grim, "we as humans have a 'normal' propensity to pay more attention to negative news."

It, along with algorithms in social media, make doomscrolling and its impacts almost unavoidable. "Since the 1970s, we know of the 'mean world syndrome'-the belief that the world is a more dangerous place to live in than it actually is-as a result of long-term exposure to violence-related content on television," Bekalu told Wired.

The doomscrolling effects often differ according to who does it. Allissa Richardson, a professor at USC's Annenberg School of Communication and Journalism, states that while she was writing her latest book Bearing Witness While Black: African Americans, Smartphones, and Modern Protest #Journalism, protestors did not engage in doomscrolling simply because "they can not see [them] being killed again and again in this tiny square on [their] mobile."

Being able to partake in, and then opt out of, inappropriate use of social media is, she says, a luxury, which is why many Black people turn to Verzuz's fights on Instagram Live and other types of black joy as an act of defiance when it comes to social media.

"For many non-black Americans, this has been an incredibly enriching time," Richardson says. She explained doomscrolling is a deep dive into things people may not have been well educated about, or maybe they knew but ignored.

To that end, the constant clicking has received some upsides. Social media helps people remain connected during the shutdown. And since the discourse moved away from COVID-19 toward racial justice and the Black Lives Matter movement, it has become a platform for constructive engagement--spreading news about marches, bailout funds, civic resources--and not just a place for passive pandemic update consumption.