Beirut Blast Update: More Than 70 Killed, Nearly 3,000 Injured from the Explosion that Triggered a 3.3 Magnitude Quake

President Aoun declared a three-day mourning period after a massive explosion near the port of Beirut today, August 4, killed more than 70 and injured thousands across the center of Lebanon. He also ordered the release of 100 billion lira or $66 million of emergency funds.

According to CNN, Health Minister Hamad Hassan told reporters that at least 73 people were killed and more than 2,750 were injured in the catastrophic blast that registered a 3.3 magnitude earthquake in Beirut. It formed a mushroom cloud and huge black smoke while damaged distant buildings and felt even hundreds of miles away in Cyprus. 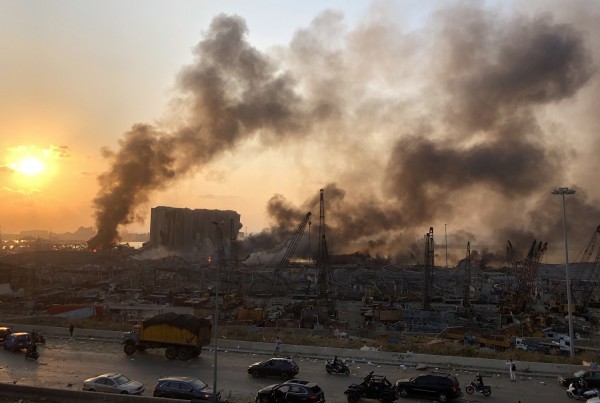 (Photo : REUTERS/Issam Abdallah)
Smoke rises from the site of an explosion in Beirut, Lebanon August 4, 2020.

Authorities are still investigating the cause of the explosion. However initial reports pointed to a warehouse near the port. BBC reported that President Michel Aoun said it was "unacceptable" to have "2,750 tonnes of ammonium nitrate," which was allegedly stored unsafely in the said warehouse. 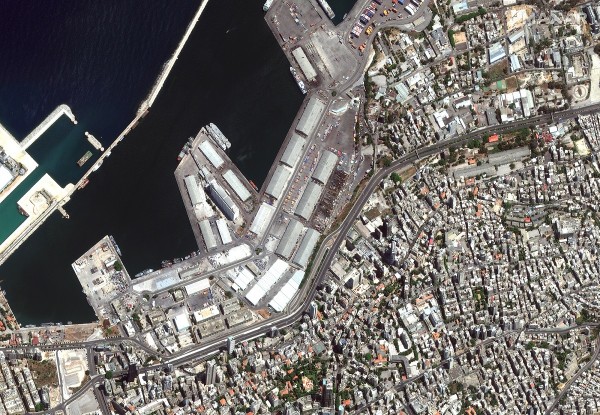 The director of the general security directorate later stated the explosion was due to "high explosive materials confiscated years ago," although no further details were given. Meanwhile, Lebanese Prime Minister Hassan Diab said the on-going probe will include details about the "dangerous warehouse" that has existed since 2014. He also said in a statement that "those responsible will pay for what happened." 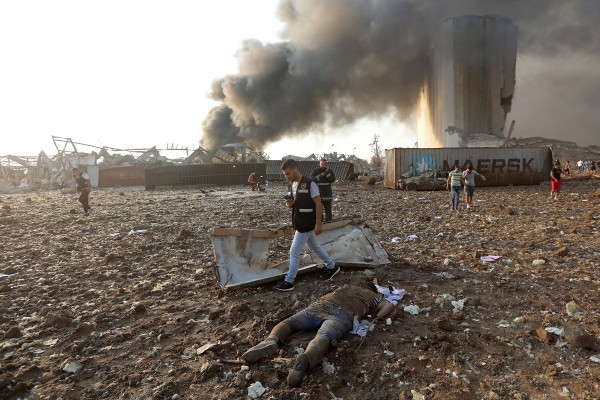 (Photo : REUTERS/Mohamed Azakir )
The dead body of a man is seen at the site of an explosion in Beirut, Lebanon August 4, 2020.

After the blast, hospitals across Lebanon's central were in complete chaos as doctors cram to admit injured people, mostly from shattered glasses. There were unconscious patients and those with broken limbs and wounds. 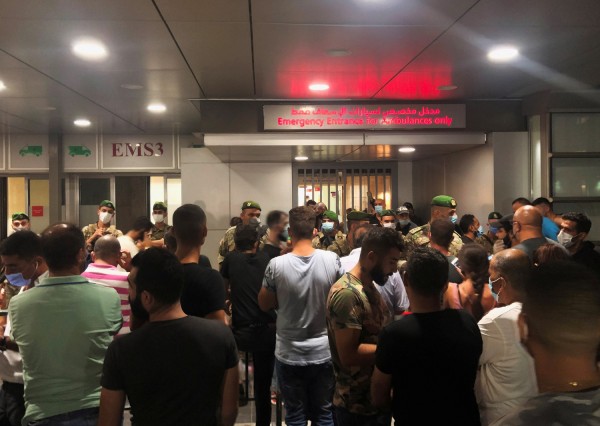 The Red Cross in Lebanon has already asked for blood donations as more wounded are brought in hospitals. A staff in Hotel Dieu, one of Beirut's major hospitals said they already admitted at least 400 injured patients, according to CNN.

Meanwhile, Beirut's governor Marwan Abboud said he has never seen such destruction in this scale throughout his life. He also said the incident was "a national catastrophe" that seemed like "Hiroshima and Nagasaki." 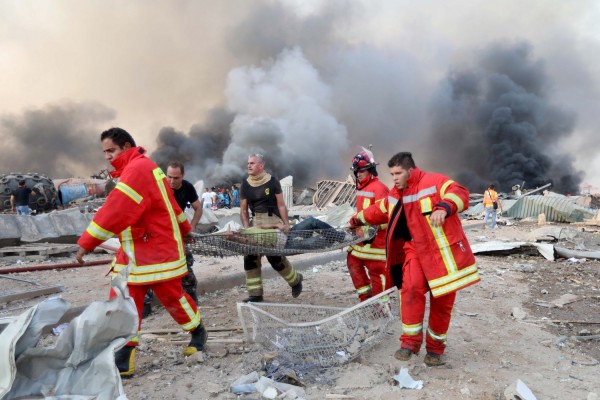 (Photo : REUTERS/Mohamed Azakir)
A man is evacuated at the site of an explosion in Beirut, Lebanon August 4, 2020.

Firefighters rushed to the scene to try to put out the initial fire, but the governor said that at least 10 of them have gone missing.

Videos of the incident that transpired at about 6 p.m. Lebanon Time (11 a.m. ET) circulated across social media platforms. One video shared by Kevin Alan Leversee on Facebook shows the huge blast as the person was zooming in to the fire near the port.

Another angle of the blast caught from the sea was posted on Twitter showing the black smoke after the huge mushroom cloud.

The current situation in Lebanon

Lebanon has been seriously trampled by a series of adverse events, causing an economic meltdown. Like all other countries, the Lebanese government struggles to contain the coronavirus which has already affected more than 5,000 people that resulted in 65 deaths. Poverty rates across the country already soared to over 50% as unemployment continues to increase.

Also, tensions on the border with Israel arise as Hezbollah tried to penetrate Israel. However, the Israeli government was quick to deny any connection with the Beirut blast. 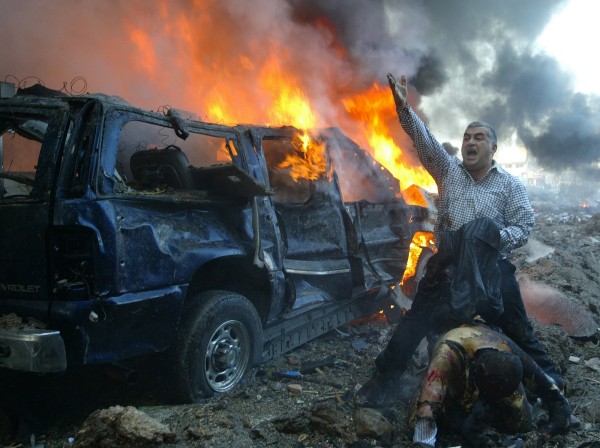 (Photo : REUTERS/ Mohamed Azakir)
A Lebanese man shouts for help for a wounded man near the site of a car bomb explosion in Beirut February 14, 2005.

Meanwhile, the blast also happened near the scene of the huge car bombing that killed ex-PM Saad Hariri in 2005. The verdict against four men accused of orchestrating the attack is expected to come out on Friday, August 7, in a special court in the Netherlands.

Read also: Nashville Tornado Damages Dell Partner Facility; Why is This A Major Blow To The Tech Giant?