Fortnite Streamer Ninja Back on Twitch? Find Out How He Earns $1 Million a Month by Playing

Tyler Blevins, also known as "Ninja," is rumored will return to Twitch. He is one of the most popular Fortnite streamers currently. However, before he became a professional gamer, do you know he worked as a fast-food staff? 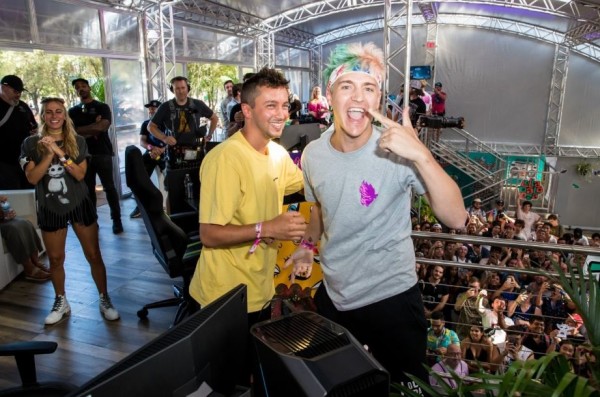 According to CNBC, Ninja started his profession in gaming at age 27, making him the most popular streamer on Amazon-owned gaming platform, Twitch, after gathering almost 226 million views on-site by 2018. he also attracted more than 600,000 concurrent viewers in 2019, breaking the Twitch record that year.

However, although Ninja was a kid who was really good at gaming in the very beginning, he was still cautious about the industry.

"I continued to do well in school and focus on the future of my life," he said via CNBC, during his time at Silver Lake College in Wisconsin from 2009 to 2010.

"It was one of those things where if I was doing well in school, putting in the time and effort there, and soccer as well, that I would be rewarded to play as many games as I want," he added.

Tyler "Ninja" also explained that while he was in college, he maintained his job at a fast-food restaurant called "Noodles & Company." However, after winning several competitions with prize money, he realized his skill and potential in gaming.

Ninja became a part of a professional gaming team and won the Halo 4 2012 MGL Fall Championships in 2012, with him as the player with the highest score on the final round.

Is he really back on Twitch?

According to Sports News' previous report, Tyler "Ninja" has started streaming Fortnite again on Twitch on Wednesday, Aug. 5. However, some reports said that his return is not yet confirmed. When Ninja started live streaming on YouTube in early July, he also did the same thing.

"Ninja is currently in negotiations with streaming platforms and no exclusive deal has yet been signed," confirmed Rod Breslau, an Esports reporter. It was also explained that this is still the professional gamer's status, even if he started streaming again.

Ninja said that his work with different streaming platforms is currently complicated. He also half-jokingly said that he is somehow into streaming again, and he is allowed to see other people. Dr. Lupo also made a joke and said that if Ninja posted the stream on Facebook, the status would be "complicated."

His latest stream proved that there are still loyal fans left since he could gather almost 100,000 viewers within the first 10 minutes of his comeback. He is still the most-followed streamer on Twitch with 14.8 million subscribers, although he stopped posting videos for more than a year.

For more news about your favorite gaming streamers, always keep your tabs open here at TechTimes.