A United States federal appeals court recently slammed the Department of Defense's intelligence agency, National Security Agency (NSA), for secretly spying on the public's digital devices that delves into privacy and personal lives on Wednesday, September 2. The massive scandal was unearthed by a whistleblower, Edward Snowden, a former NSA Analyst and contractor who took part in the indecent act.

CNet reports that a federal court ruling condemns the intelligence agency's action who looked into sensitive personal information without consent. According to the judges' panel, the federal court also rules that the massive data siphoning went against the U.S. Constitution. The program is now ended, even before this court ruling.

The American Civil Liberties Union first shared the news on their Twitter account (@ACLU) that celebrates the federal court ruling. In a tweet, the nonprofit organization that is a watchdog of the Constitution and illicit acts shared a victorious moment that marks the program's trashing and ending surveillance.

This ruling, which confirms what we have always known, is a victory for our privacy rights. — ACLU (@ACLU) September 2, 2020

The ACLU says that this ruling is a win for every American's privacy rights. 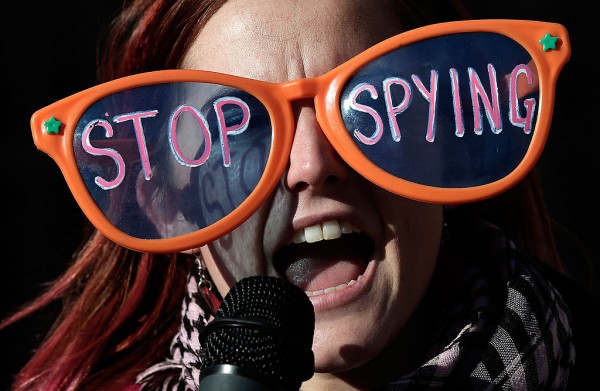 (Photo : (Photo by Win McNamee/Getty Images))
WASHINGTON, DC - JANUARY 17: Alli McCracken joins activists protesting the surveillance of U.S. citizens by the NSA outside the Justice Department where U.S. President Barack Obama gave a major speech on reforming the NSA January 17, 2014 in Washington, DC. Obama was expected to announce reforms including a requirement by intelligence agencies to obtain permission from a secret court before utilizing access to telephonic data gathered on U.S. citizens.

NSA's data mining scandal constitutes a whole lot more of secret government actions that were probed by the 9th U.S. Circuit Court of Appeals. The court even went as far as saying that the NSA violated the Fourth Amendment of the U.S. Constitution: "every man's home is his castle" or right to privacy or security from unlawful searches.

Coinciding with the federal court's ruling and probe, four Somali nationals fighting their case with regards to NSA's phone data mining were given a chance to state their grievances. However, the court document states that the Somalis engaged in the act of terrorism.

In 2013, the NSA caught the four Somalis using the aforementioned phone data surveillance in funding the al-Shabbab terrorist militia group. Judge Marsha S. Benzon, the author of the court publication, stated that despite the NSA's surveillance method's unlawfulness, the Somalis still engaged in terrorist actions and does not taint the evidence presented to them.

According to the court, the National Security Agency violated the Foreign Intelligence Surveillance Act (FISA) with millions of information gathered from American phones. NSA's surveillance program was created right after the events of the bombing of the World Trade Center in New York City on September 11, 2001, by the terrorist group, Al Qaeda.

The program was created with FISA's supervision under the Patriot Act. This allowed the U.S. government to collect information and massive data from the phones of millions of Americans. 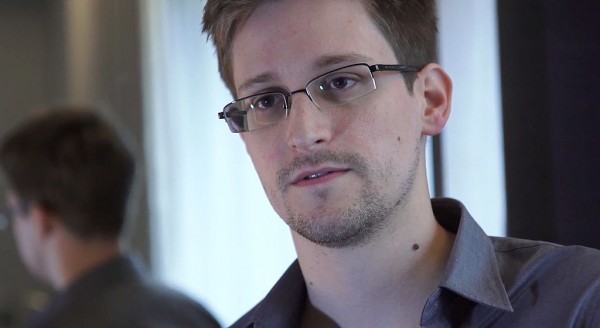 (Photo : (Photo by The Guardian via Getty Images))
HONG KONG - 2013: (EDITOR'S NOTE: ONLY AVAILABLE TO NEWS ORGANISATIONS AND NOT FOR ENTERTAINMENT USE) In this handout photo provided by The Guardian, Edward Snowden speaks during an interview in Hong Kong. Snowden, a 29-year-old former technical assistant for the CIA, revealed details of top-secret surveillance conducted by the United States' National Security Agency regarding telecom data.

Edward Snowden is a former NSA contractor, and analyst that exposed the intelligence agency's unlawful program way back in 2013 with the Obama administration. Snowden found the act indecent and a violation of human rights, while some go overboard with the surveillance.

The program was ended in 2015, after several court proceedings and probes by the US Justice system. Now, the program is being called illegal and goes against th privacy of every citizen in America.

On the other hand, Cyber Scoop reports that several higher-ups in the NSA are involved in a massive scandal that misuses their positions and power within the agency towards its employees. Some even went as fas as using NSA's security service for personal reasons.