The race for the COVID-19 vaccine continues for the Oxford-AstraZeneca. After pausing due to safety health issues, the hospital is now proceeding to restart its clinical trials in the United Kingdom. Here's why it was paused in the first place. 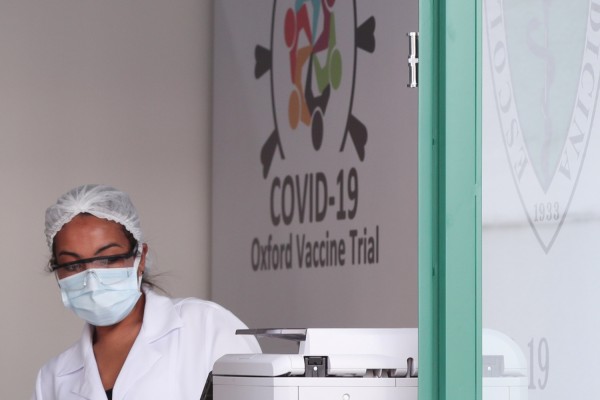 (Photo : REUTERS/Amanda Perobelli)
An employee is seen at the Reference Center for Special Immunobiologicals (CRIE) of the Federal University of Sao Paulo (Unifesp) where the trials of the Oxford/AstraZeneca coronavirus vaccine are conducted, in Sao Paulo, Brazil, June 24, 2020. Picture taken June 24, 2020.

The U.K. Medicines Health Regulatory Authority declared this announcement after an independent review of the safety data triggered a pause on Sept. 6, Oxford said in a statement.

Since the operation will begin again, Oxford-AstraZeneca targets that the drug will be available before the end of the year. Oxford said that 18,000 people have already received "study vaccines" as part of the human trials.

The company, however, did not explain whether the clinical trials will soon jump outside the U.K. areas. But it is expected to happen soon in parts of U.S., Brazil, South Africa, and India.

At the end of August, the trials already begun its phase 3 in the U.S., with an expected count of 30,000 volunteers.

Why was it paused in the first place? 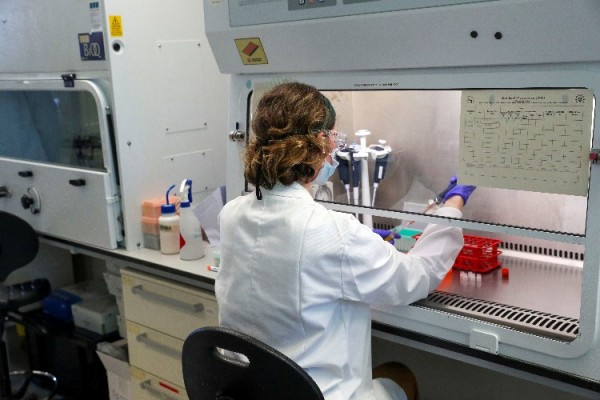 (Photo : Steve Parsons/Pool via REUTERS)
A scientist works during the visit of Britain's William, Duke of Cambridge, to the manufacturing laboratory where a vaccine against the coronavirus disease (COVID-19) has been produced at the Oxford Vaccine Group's facility at the Churchill Hospital in Oxford, Britain, June 24, 2020

Surprisingly, the reason behind the sudden pause of the program was the issue of the safety of the drug.

As said on Sept. 6, Oxford-AstraZeneca reported a major stumble on their research. One volunteer from the clinical trials experienced getting ill.

As of now, experts are still studying whether the patient's illness came from their created drug. This was the main reason why the UK health agency decided to pause the program.

After that, no info was released about the patient.

"We cannot disclose medical information about the illness for reasons of participant confidentiality," Oxford said. "We are committed to the safety of our participants and the highest standards of conduct in our studies and will continue to monitor safety closely."

However, NIH Director Francis Collins might have mentioned at a Senate committee on Wednesday, Sept. 9 that it was paused due to "spinal cord problem."

Shockingly, Oxford admitted that some volunteers in their trials are expected to experienced something wrong with their bodies.

"In large trials such as this, it is expected that some participants will become unwell, and every case must be carefully evaluated to ensure careful assessment of safety," said Oxford.