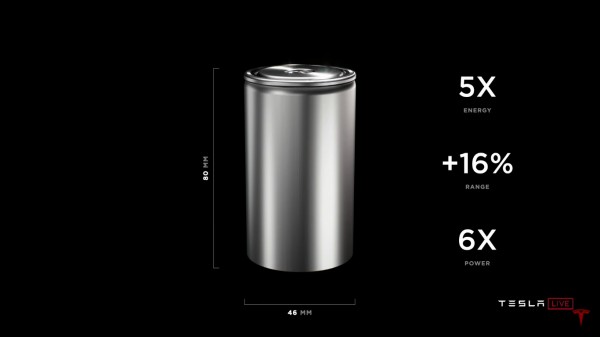 Currently, Tesla produces batteries with partners like Japan's Panasonic at its Nevada factory as well as South Korea's LG Chem and China's CATL supplying cells to its Shanghai factory.

Tesla promised the new cells to offer five times energy capacity and six times power of compares to previous cells as well as increase the range by 16%.

However, making the cells larger is "super challenging" with supercharging and thermal problems. For this new cell, Tesla developed a tabless cell technology, which removed the thermal management program while reducing the cost of production. CEO Musk noted that the simple design was "quite hard to do" since nobody has done it before. 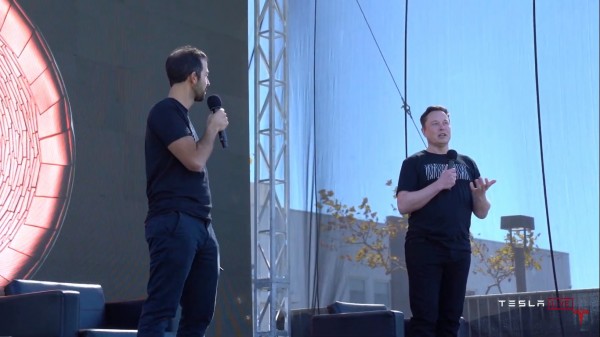 Tesla aimed to achieve elegance and simplicity from the design to the production process, although achieving elegant and simple design is sometimes still hard. It took them a lot of trials but he is happy to see what they come up with. 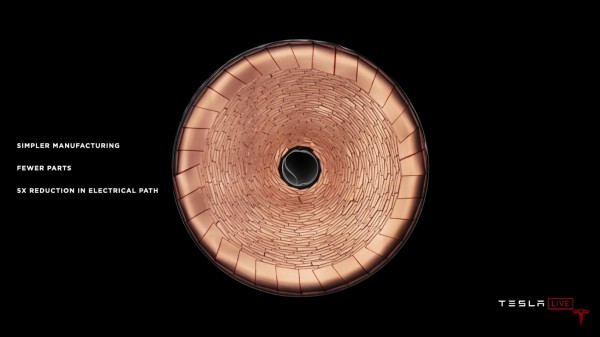 With this process, the manufacturing cost is greatly improved as this also results in a 14% reduction in cost per kWh at the cell form factor level.

Meanwhile, aside from confirming the battery design and capacity, Tesla released new data about the performance of the new cell. However, Tesla did not show improvement in energy density.

"We do not have an affordable car"

Musk noted that they are producing a new in-house cell to help reduce the vehicle cost. "We do not have an affordable car. That's something we will have in the future. But we've got to get the cost of batteries down," Musk said.

Musk said the new generation of electric vehicle batteries will be more powerful and last longer, but will be half the cost that the current Tesla cells. However, Musk said the full production is about three years away.

For 2020, the entire auto industry expects to deliver 80 million cars globally, but Tesla expects to increase the production to as many as 20 million electric vehicles every year.

Tesla is also building its own cell manufacturing factory at its new Berlin Gigafactory in Germany while setting up a battery research and manufacturing facility at its Fremont site where they are starting to ramp up the production of the battery at 10 gigawatt per hour. However, Musk explained that it may take Tesla a year to achieve such rate.