Science may be failing horror movie fans as a new study claims to have found the scariest movie of all time, and it is not of "The Exorcist" or "Nosferatu." In fact, it is the film, "Sinister," which is a film not-so popular among horror fans. 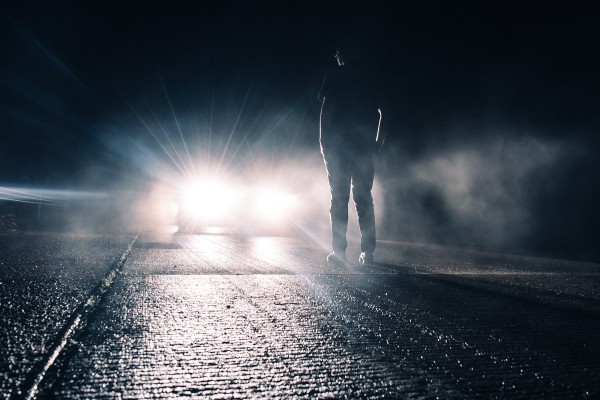 "The Science of Scare Project" was a study done by broadbandchoices.com, which claims to be "the mobile, TV and internet experts." In its journey to find the scariest horror film, 50 people spent more than 120 hours of watching 50 of the top horror movies of all time based on critics' reviews. Throughout the experience, participants' heart rates were monitored.

After finishing all the films, participants had the highest heart rates after watching Sinister reaching 86 BPM, which is far from the average of 65. The movie showed how Ethan Hawke and his family's experience as they moved into a house where a long-haired demon called "Bughul" would lead to series of murders. Back in 2012, the film only got average mixed reviews, so this may surprise most horror fans.

While watchers' heart rate peaked at 131 BPM while viewing "Sinister," it was the 2010 supernatural movie Insidious, which got the best jump scare as heart rate of participants skyrocketed to 133 BPM at one point. Insidious is another mediocre film which received mixed reviews from critics ranked second as average heart rate reached 85 BPM.

Broadbandchoices did not provide the complete list of the 50 movies they reviewed. Nevertheless, here are the other movies that complete the top 10 list, including the respective average heart rate they received BPM were the following:

While the study is interesting and included really scary movies on this list, the methodology used is questionable as it does not seem to reflect the true sense of what "scary movie" is. There is indeed more than loud noises, jump scares, and a pumping heartbeat in a horror film.

Read also: Top 5 Survival Horror Games that Many Fans Wish to Have a Remake

A Huffpost article listed eight ways that horror films use to scare the audience. Check out the list below:

Horror movies create lasting imagery, which stays with the audience even after they go home. Sometimes, the scenes are really intense that people still remember them even for days, years, and even for throughout their lives.

The scary visuals must be shocking, odd, disturbed, or sometimes, even out of place as humans remembers something that they cannot make sense of.

Most of the time, audiences are scared of what they do not see. They are scares of what they have created from their imaginations. However, with the popularity of CG technology, those killers or scary monsters are quite underwhelming, which breaks the idea of the unknown. Thus, the level of intensity and scare is reduced.

Anticipation perhaps is the most widely-used horror film element. When the hero is terrified as he creeps on the floor, viewers anticipate that something scary is coming.

The anticipation gives them an adrenaline rush, which makes horror a highly popular genre. Anticipation is the key for a horror film to succeed. Scare should be built in the process.

Location is what makes a horror film as it becomes a character in the movie. A creepy location surely makes the movie scary.

Phobias are psychological disorders that involve strong, persistent or irrational fear brought up from a specific situation or thing. This makes a person avoid the thing he is afraid of.

Phobias directly hit the audience. Touching a more common phobia means a wider audience that will be instantly scared without much effort.

The thought of being chased by a psycho killer or monster instantly leads the audience into adrenaline rush because it triggers their survival instincts as well as their curiosity of how it feels to be chased.

A deranged killer, ghost, demon, alien, or other creatures are all monsters, which can make or break a horror film. Of course, it depends on the story line and the effectiveness of the created monster.

Related article: 'Phasmophobia' Tips: How to Use Spirit Box, List of Questions, Phrases to Get a Response from a Ghost