'Dead by Daylight' Killer Tips for Newbies: How to Become the Game's Best Antagonist

Although "Among Us" might have been the most popular asymmetrical games of this year, it's not the only one in the market, and if you're ever looking for something more sinister and darker, then it might be high time you start playing "Dead by Daylight," an asymmetrical horror game that allows players to play as the most iconic antagonists in popular media. 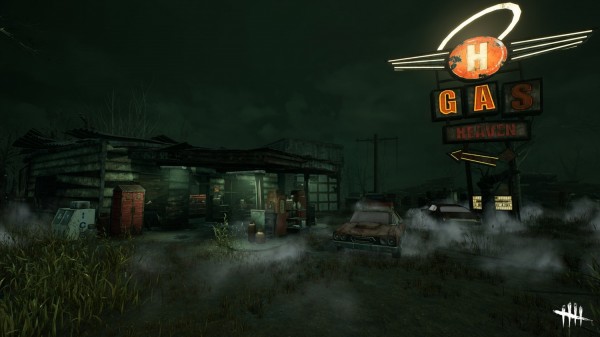 (Photo : Dead by Daylight / Facebook)
Knowing the maps and the characters of "Dead by Daylight" can help when you're playing, whether as the survivor or killer.

For those who haven't yet heard of the game, "Dead by Daylight" was developed by Behaviour Interactive that was initially released in 2016 for Microsoft Windows through Steam.

Later down the line, the game was ultimately released for every console, including PS4, Xbox One, Nintendo Switch, Stadia, PlayStation 5, Xbox Series S/X, and even for iOS and Android devices.

A group of up to five players will all be playing together, with one of them randomly chosen as the killer, while the remaining players are known as the survivors.

To finish the game, the survivors must fix the broken generators scattered across the map, all the while evading the killer outrunning them, as well as helping other survivors that might have been captured by the killer.

The game ends when the survivors can fix the generators and open the gate, or if the killer successfully kills them all.

Although there is only one killer in the game, they have some great advantages over the survivors, such as being able to run faster than them, and that survivors won't be able to fight back, so it's not surprising that fans would rather play as the killer and torment the survivors.

How to Become the Best 'DbD' Killer?

But, how do you become the best "Dead by Daylight" killer?

According to ScreenRant, the first mistake players do is playing as only one killer as this only unlocks a limited number of perks that may not be useful when you start playing in higher ranks.

The choices for the killers are abundant: you have the Nurse (Sally Smithson), the Trapper (Evan MacMillian), and The Doctor (Herman Carter), among others, along with some of the most popular villains from Freddy Krueger, to "Silent Hill's" Pyramid Head, to "Stranger Things'" Demogorgon.

Each killer has its special and powerful perk that can prove useful when tormenting survivors, so playing a variety of killers can unlock all of those easily.

For example, The Doctor can be extremely helpful to "Dead by Daylight" players who don't have the patience to search for survivors one by one, as well as the perk known as Overcharge that makes it harder for survivors to fix a generator, as per Comicbook.

Take time to learn all the killers and their perks, which allows you to know which character and what perks to use.

In the lobby, you'll have a good look at the survivors you're playing with, including the item they are holding.

Knowing what they carry allows you to use a perk against them, such as Lightborn, which is useful if everyone has a flashlight with them.

Using Headphones to Learning When to Stop 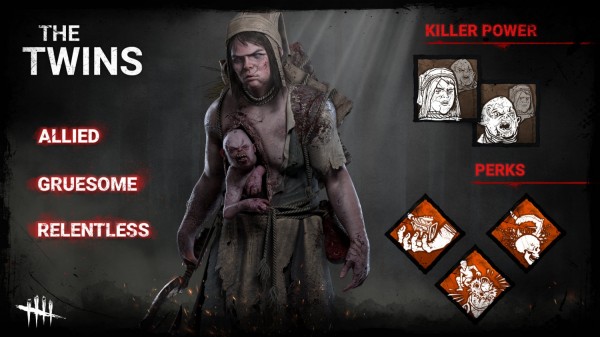 (Photo : Dead by Daylight / Facebook)
Each killer has its set of perks, so knowing what they are can help you choose the best killer.

Moreover, using a headphone while playing the game not only intensifies the gaming experience, it also makes it easier to hunt down survivors as sometimes, they can be extremely loud, giving away their location and making it easier for you to find them.

Unlike survivors, "Dead by Daylight" killers have restricted vision as you play in first-person, so the sound is your biggest ally when chosen to be the antagonist.

Playing as the killer is exciting, but it may also be quite challenging, especially when you're up against four survivors, so know when to give up the chase, something new "Dead by Daylight" players tend to forget.

Usually, the group of survivors would designate the strongest character as bait while the other three fix a generate, so if you end up chasing that one survivor, you might lose your chance to hunt other survivors.

When you capture a survivor, you can hook them to be slowly sacrificed to the entity, but that doesn't mean you should do this always, since you have a chance of losing them and displeasing the entity, which often happens in higher ranks.

However, you can wait around and stop other survivors from helping the captured survivor, especially when the doors are open.

Know the "Dead by Daylight" maps and the pallets around it as the latter is the only weapon survivors have against the killers, which could stun you and lose several seconds, but some pallets can be useful, such as the one near the killer's shack as it allows you to run around it.

Lastly, you should also play as a "Dead by Daylight" survivor.

Once you have an idea of how survivors play, you'll also have a better chance at knowing how to beat them when you get to be the killer.

Related Article: 'Assassin's Creed Valhalla' Guide: How to Find Case of the Missing Ale's Secret Brew and Go Around Its Glitch