Gamers are in for a treat as an epic RPG crossover is set to take place beginning December 30. This comes after a stellar collaboration between Tokyo-based Atlus Games and China's Lilith Games, respectively, where "Persona 5" characters--Joker and Queen will land on the visually stunning AFK Arena as part of the latter's New Year update.

According to an official press release from Gamespress.com, Joker and Queen will be foregoing the familiar pavements of Tokyo to embark on a journey to the magical world of Esperia and conquer more players' hearts! Users can try these two iconic protagonists on the mobile-based RPG until February 27, 2021 when these go on sale at the in-game store.

With their extreme skill set, Joker and Queen are a powerful addition to one's squad in the virtual battlefield. For one, Joker can summon Arsene to deliver deadly blows to its enemies while Queen can awaken its motorcycle persona Johanna to hit nuclear strikes to its foes and heal her teammates. 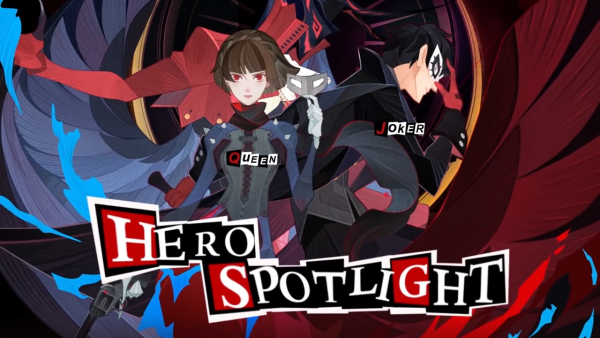 Joker and Queen are part of the Phantom Thieves of Hearts, a vigilante group that aims to scour the Metaverse, a metaphysical world, containing humanity's dark desires and expel spiteful intention from the hearts and minds of people.

As part of the upgrade, AFK Arena will also feature a Phantom Thieves-themed PvE dungeon where players can select Joker or Queen to make their way out of a combat-filled maze and unlock hidden truths to earn XP as well as other forms of reward.

It's fitting to choose Joker and Queen as crossover characters to enter the realm of Esperia as Persona 5 was recently voted as the best modern JRPG by IGN Entertainment.

As a smartphone- idle RPG, AFK Arena takes players to a world of fantasy to protect Esperia from an ancient evil force. Here, they can build their personalized team of five characters, battle it out against opponents and carry out other activities while a fight ensues.

No stranger to crossovers, AFK Arena has previously opened its doors to a number of characters from multiverses such as Zaphrael, Lucretia, and Ezio Auditore from Assassin's Creed; Ukyo Tachibana from Samurai Shodown; as well as Ainz Ooal Gown and Albedo from Overlord.

More highlights for AFK Arena this 2020 include hitting two million new downloads, serving as Dutch DJ Don Diablo's inspiration for a new music track, featuring YouTube sensation Markiplier as an NPC, and launching the "Cheat on Your RPG" commercials which starred Elijah Wood.

AFK Arena is available on Google Play and the App Store for free.

"Persona 5" characters have also made their way in various mobile RPG platforms. One was hosted by Identity V, as well as other two events for Another Eden: The Cat Beyond Time and Space where Joker, Morgana, including Skull and Violet from Persona 5 Royal appeared.

More about "Persona 5 Royal" recently landed the eighth spot on Push's 2020 Game of the Year for fine tuning "Persona 5" features through a series of adjustments in its systems and mechanics.