After Adobe shut down Flash Player on Dec. 31, some fans creatively attempt to keep some of the games alive despite the end of Flash gaming. One Redditor tried to revive a Flash game by porting it over to Nintendo's classic Game Boy gaming console.

According to Reddit user u/antonylavelle, which he shared to r/Games, he has already worked on porting an Adobe Flash game he made to Game Boy handheld consoles. This would keep the classic games alive even with the arrival of next-generation consoles, or even the Flash reaching its end of life. 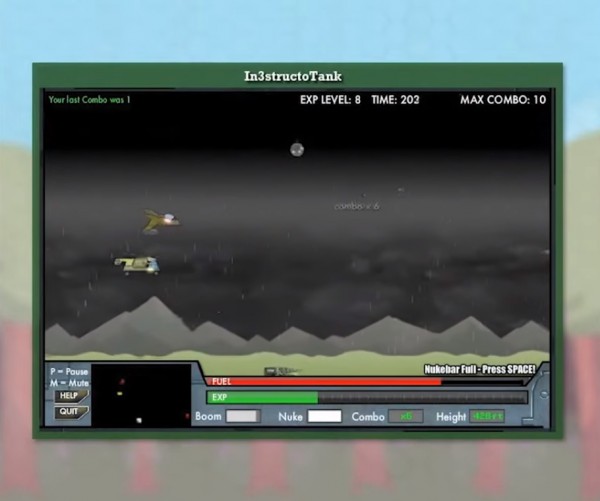 Aside from the pandemic has been taking thousands of lives since 2020, Adobe has also pushed on killing the Flash Player completely on New Year's eve. Also, next-gen console gaming was launched at the end of 2020, which hugely impacted the PC gaming community, which has been gradually dying over the past few years.

Game Rant reported that Reddit user u/antonylavelle has tried porting Flash games to the Nintendo Game Boy console, a relatively more practical platform. Nintendo first released the handheld console in 1989, and through the years, fans have been creating contents for it.

According Lavelle, "Adobe killed off" over 70 Flash games he created, including "Upgrade Complete," "Shift," and "Indestructotank." Thus, he decided to port one of it to the Gameboy. The "Indestructotank," which is an arcade-style game in which players control a tank that jumps into the air and hops over aircraft for high scores. While it runs on a Game Boy ROM, the game can also be played in web browsers just like a Flash game.

Although most Flash games are no longer playable, porting it onto a Game Boy ROM can keep a title stay alive. Lavelle now works as a designer for HARDlight, a SEGA studio in the UK. Check out a Lavelle's Demoreel video in YouTube to commemorate the Flash games he created while he was working for Armor Games .

Read also: This Game Boy-Like Gaming Console is Battery-Free, So You Can Play All You Want Without Recharging

How to play Flash Games after Adobe killed Flash Player

Aside from playing in "Indestructotank" in Game Boy, users can still play Flash games after Flash Player's official death. According to Den of Geek, here are the other options.

Flash Game Archives is an emulator for the console that these games never had. The program has a user friendly interface and runs incredibly smooth. The collection is relatively good.

Windows user can even take the next level by downloading Flashpoint Ultimate, which contains the entire collection of over 530 GB, which would enable players to access each even when offline. Also, "Flashpoint Infinity" option allows downloading per game. While Linux and Mac users can also access these downloads, not all files may work properly.

Ruffle works as a Flash emulator, which allows sites to upload Flash content through the browser. While it is still currently ongoing development, Ruffle can run SWF files both online or offline makes it recreate the basic Flash experience.