'Scott Pilgrim Vs. The World' Gets Physical Editions: How to Preorder, Price, Release Date

The game "Scott Pilgrim Vs. the World" has amused the world in 2010, but was taken during 2014. Now it's back not anymore only as a digital edition, but with physical versions in Nintendo Switch and PlayStation 4. 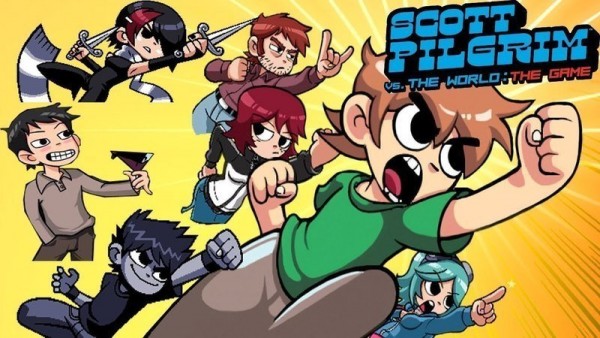 Limited Run Games, an indie game distributor promises to discharge physical duplicates of the remastered adaptation of Scott Pilgrim vs. the World: The Diversion for Nintendo Switch and PlayStation 4, the company declared on Twitter.

We're excited to announce a Limited Run of @Ubisoft & @UniversalPics's Scott Pilgrim vs. The World: The Game - Complete Edition (PS4/Switch).

Get yours during a six-week pre-order starting Friday, January 15 at 10am ET on https://t.co/5Lksol4sqo. pic.twitter.com/YRr8d0fYFM

'Scott Pilgrim' is Back and Better than ever

"Scott Pilgrim" is a a retro-inspired 2D beat-em-up. The game takes after essentially the same story as its comedian and motion picture partners. The character Scott must overcome seven of Ramona Flowers' fiendish exes in order to win her affection. The game was based on Bryan Lee O'Malley's novel of the same title.

According to Polygon, the game initially dropped on Xbox 360 and PlayStation 3. However, the amusement in the gaming community that came with the release of Scott Pilgrim which was released by the motion picture in 2010, was taken away from the deal in 2014.

No reason was ever given, in spite of the fact that it was intensely supposed at the time that it was due to licenses lapsing, and so the amusement basically was just taken from the gamers for no reason. Thankfully, it's back now with Physical editions.

The Ubisoft declared that the game will return amid September 2020, affirming that the release will hit the advanced Nintendo Switch, PC, PlayStation 4, Stadia, and Xbox One stores on January 14.

Scott Pilgrim Available Editions and How to Preorder

There are three versions of "Scott Pilgrim vs. the World", a Standard Edition for Nintendo Switch and Play Station 4 that costs $35, a $55 Classic as well as a $140 Knock Out Edition. On the other hand, the Xbox version of the game will come soon "at a future date."

In order to make a Preorder, make sure to log in and access the game through Limited Run game. The preordering dates of the game will begin from January 15 at 7 AM PT / 10 AM ET so make sure you've got your calendar checked.

The Classic Version incorporates the physical diversion on either stage, full-color instruction booklet, reversible cover, luxurious clamshell case with a partitioned reversible cover, a sticker sheet, physical CD soundtrack by the chiptune-based pop-rock band Anamanaguchi, a commemorative concert ticket, and an overworld outline, all in one slick-looking box.

In the mean time, the Knock Out Version highlights the same things as the Classic Version. This incorporates a direct hardcover book, CD and cassette of the Anamanaguchi soundtrack, full-size wooden tanked sticks decorated with the game's own craftsmanship, and three diverse gaged guitar picks, a "Scott Pilgrim" stacking screen finish stick, two sticker sheets, and, of course, the diversion itself. It comes with an internal system with working lights and sounds that acts as a collector's case.

ⓒ 2021 TECHTIMES.com All rights reserved. Do not reproduce without permission.
Tags: Scott Pilgrim Vs. the World Scott Pilgrim Nintendo Switch PS4
Most Popular