It came directly from former "God of War" director David Jaffe that "God of War: Ragnarok" will be made available for both PS4 and PS5. Jaffe notes that the title will have a cross-generation release on his statement through GamesRadar. Jaffe also talked about the upcoming sequel by saying, "I'm sure the next God of War will be on PS4, PS5. Of course, it will be." Although Jaffe has not been seen in Franchise involvement since 2007, fans are still pretty sure he knows the whereabouts of the games. 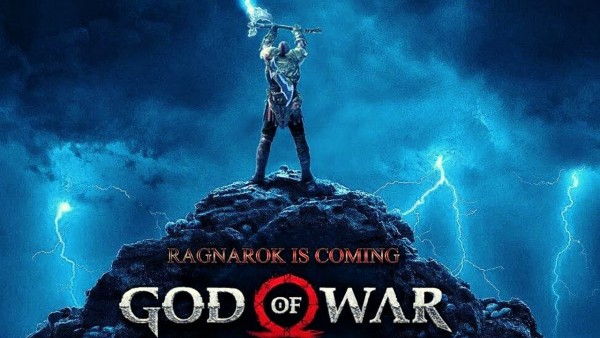 Seems like #GodOfWarRagnarok will be cross-gen title after all!

“I’m sure the next #GodofWar will be #PS4,#PS5. Of course it will” david jaffe says.

It was recently affirmed that "God of War: Ragnarok" will be made available soon to PlayStation 5. Albeit no authority declaration has been made by Sony with respect to the game being delivered on PS4, examiners at GamesRadar foresee that a double release is almost certain, since Sony will dispatch select games on the two consoles, PS4 and PS5 to proceed all through 2021.

According to LaptopMag, users and fans are still unsure as to what changes the new game will bring in PS4 and PS5 releases. However, many are speculating that it is pretty much similar to the classic verison. In the event that you've beaten God of War, you know precisely where this game will go. In the past game, we got a lot of foundation about what is forecasted to happen when Ragnarök starts.

In genuine norse folklore, Ragnarök starts with an incredible fight that prompts the passing of numerous divine beings, including Odin, Thor, Týr, Freyr, Heimdallr, and Loki. In any case, "God of War's" portrayal is marginally extraordinary, as Ragnarök was first forecasted by Jötunn Seeress Gróa. At the focal point of her prescience is "a white ghost from another land and his young son,". This depiction from the story is also known as Kratos and Atreus.

The monsters in Jötunheim really had a deep understanding of Ragnarök, which is the reason Odin attacked and attempted to get a look at their prediction. Odin at that point went on a murdering binge, taking out goliaths in the entirety of the nine-domains. Eventually, the goliaths withdrew to Jötunheim and separate themselves from the remainder of the domains to ensure themselves just as the prediction.

Ragnarök begins when Sköll and Hati, two monster wolves, eat up the Sun and the Moon. At that point, Surtr the Fire Giant consumes Asgard to rubble with his flaring blade not long prior to being executed by Thor and Odin. A battle between Odin's posse (the Aesir) and Freya's team (the Vanir) at that point results. In the war, a fight among Fenrir and Odin breaks out, and the two of them kick the bucket. At last a fight between the World Serpent and Thor happens, and clearly Thor hits the snake so hard that Yggdrasil fragments and sends the Serpent back as expected.

'God of War: Ragnarök' for PS4 and PS5 Release Date

CBR noted that the game "God of War: Ragnarok" which is developed by Santa Monica Studio and published by Sony Interactive Entertainment is expected to be released anytime in 2021, although no exact date has been announced yet. Thus, it's best to keep an eye on our posts when we update you of any whereabouts of the game this year.

Watch this official trailer from the "God of War: Ragnarok" uploaded by IGN on youtube.

ⓒ 2021 TECHTIMES.com All rights reserved. Do not reproduce without permission.
Tags: PS5 PS4 god of war: ragnarok
Most Popular