As reported by CNN Business, WhatsApp is now postponing its privacy policy update amid arising online backlash from users in line with confusion on what kind of data it shares with Facebook. Moreover, more and more users have switched to rival messaging apps like Signal and Telegram as a way to "boycott" the questionable privacy policy. 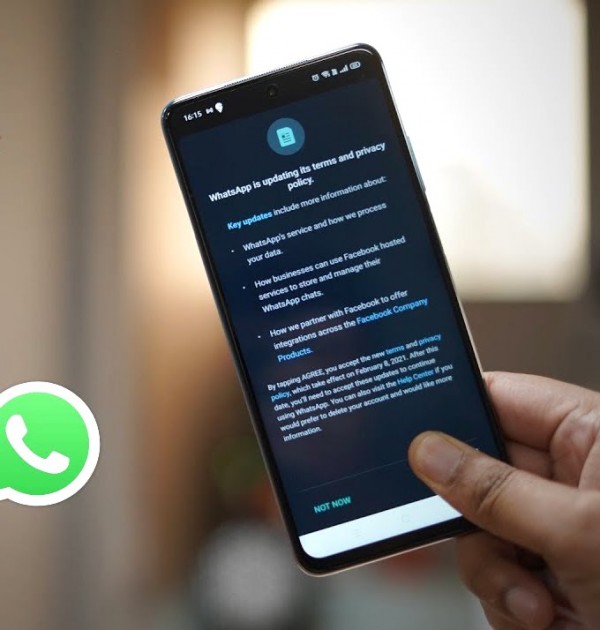 (Photo : Screenshot: Youtube Video by Beebom on Youtube)
"WhatsApp recently introduced its updated Privacy Policy in January 2021 that you need to accept by February 8th to keep using the app. The privacy policy has created some confusion among everyone with its controversial changes. In this video, we take a look at the new WhatsApp policy and why it's scary. "

The new WhatsApp privacy policy has been the talk of the town in social media. The online fuss began last month when WhatsApp started prompting users of its new terms of service and privacy policy update. According to the new update, users should agree to share their data with Facebook to continue using WhatsApp. If users do not agree to this new update by February 8, theri accounts will be permanently terminated.

As Wall Street Journal notes, many users have agreed to the new updates without understanding what it truly implied. For others who are sceptical about the new update, particularly what kind of Data WhatsApp will share with Facebook, they have chosen to speak up online and even encourage others to switch to other messaging platforms. Numerous conversations have surfaced online including Facebook's lackluster treatment with people's privacy and data.

In response to this, WhatsApp is reportedly delaying its privacy policy update until may 15 through a blog post in their webiste entitled "Giving More Time for Our Recent Update."

WhatsApp has announced in a blog post on Friday that they are postponing the update to explain the new Privacy Policy. "We've heard from so many people how much confusion there is around our recent update. There's been a lot of misinformation causing concern and we want to help everyone understand our principles and the facts," WhatsApp said.

In response to what WhatsApp is supposed to do with people's data, they said that they collect user information to share it with other Facebook companies. According to WhatsApp, information is shared "to help operate, provide, improve, understand, customize, support, and market our Services and their offerings."

Despite the latest update, WhatsApp still insists that it uses end-to-end encryption, which means that neither WhatsApp nor Facebook can see people's private messages, call logs, contacts, and shared location.

A WhatsApp spokesperson said "The update does not change WhatsApp's data sharing practices with Facebook and does not impact how people communicate privately with friends or family wherever they are in the world. In addition, he said that the messaging app remains "deeply committed to protecting people's privacy."

WhatsApp has been making numerous attempts to explain their policy, including publishing details about it online. Whether WhatsApp will push through with this or not despite ongoing controversy is still for the Facebook-owned messaging app to assess.