The latest Super Mario Red and Blue-themed Nintendo Switch is now available for purchase. If you are one of the game's long-time fans, then this console is the best one for you. Here are the best places you can buy it from. 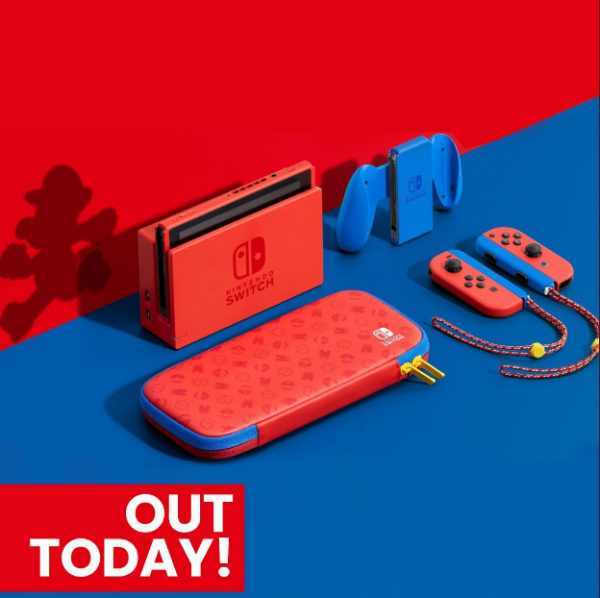 (Photo : Screenshot from Twitter post of @GamesOn_games_)
Want to Buy the Latest Super Mario Blue & Red Switch Console? Here's Where You Can Buy It

According to Game Spot's latest report, the console's new design was specifically released to celebrate "Super Mario 3D World + Bowser's Fury" arrival, a new game that is Nintendo Switch exclusive. However, the new console is a limited-edition. This means that you need to buy it before retailers and online shops run out of stocks.

Right now, it is offered by Best Buy. The popular retailer offers a bundle that includes the latest Super Mario Red and Blue-themed Switch console, screen protector, and case, which is a really great deal.

The new Super Mario Blue and Red Switch edition is currently one of the hottest items for buyers. Why? Because it was already sold out at the Nintendo Store last Thursday, Feb. 11. Even GameStop and Target are already out of stocks.

However, Best Buy got your back since it is still offering a popular gaming gadget. You click here to check its availability. You can also check it in the following retailers;

Another thing that makes the new Super Mario Red and Blue-themed Switch console really popular is that it is the first version of the game gadget that is not gray. Previously, the console's manufacturer released other models that have different colored docks Joy-Cons. However, the Switch's main body is still gray. 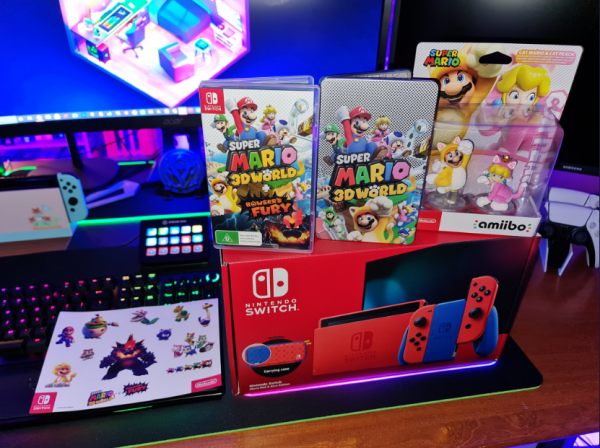 (Photo : Screenshot from Twitter post of @DEADMANZOMBIE)
Want to Buy the Latest Super Mario Blue & Red Switch Console? Here's Where You Can Buy It

Happy Mario day, little late on posting as have been out all day. Can't wait to set up the Mario console and get stuck into Super Mario 3D World + Bowser's Fury 🥰💙❤ #BowsersFury #SuperMario3DWorld #marioswitch #NintendoSwitch #catmariocatchpeach pic.twitter.com/pen85UB1Ju

The new Super Mario Red and Blue Switch console is bright red. Its docks and Joy-Cons also have the same red shade and blue grips, which are the same seen in Mario's iconic suspenders. Although the new design was released to celebrate the arrival of "Super Mario 3D World + Bowser's Fury," it is important to remember that it doesn't come with a free game copy.

If you were able to buy the new Switch console, Reviews.Org provided the best free games you can install. Here is the complete list you need to know;

Related Article: Black PS5 For Sale: Wanting a Black PlayStation 5 Console? You May Get it Soon, But There's a Catch